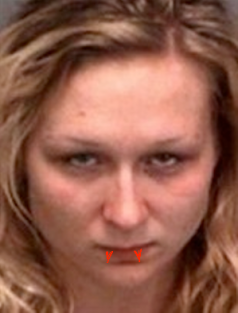 After falling asleep in his wheelchair outside an empty Hooters in St. Petersburg Florida, a man (Milton Ellis) was awoken to find a woman he’d met earlier in the day biting him while saying,

Ellis, age 69, had met the woman earlier in town at a Shell gas station while she was supposedly waiting for one of her relatives to pick her up.

He asked her if she wanted to wait with him near the vacant restaurant, but he fell asleep, only to wake up to a nightmare based in reality…

The St. Petersburg police told local Florida media outlets on Friday that Ellis had “chunks of flesh missing from his face, lips and arm” after the attack

The authorities later found the assailant, Josephine Smith, half-naked and covered in blood and charged her with aggravated battery on an elderly person. Her bail is set at $50,000. 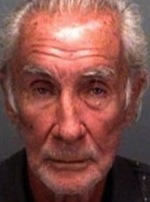 This story is reminiscent of the 19 year-old Texas boy, Monroe Bensley, who broke into a woman’s home and bit her neck, later claiming to be a 500 year-old vampire.

What the hell is wrong with these people? What specific craziness is this? What do they get out of it besides a media frenzy? Blood tastes like pennies, it’s not that good, so knock it off, weirdos.

One thought on “22 Year-Old Woman Bites A Man, Claims Vampirism”