1. Fall Out Boy. ANY performance on Youtube of these now-defunct emo-pop rockers will prove to you that Patrick Stump and Pete Wentz should be called fall-apart-live-boy. It’s an open-ended nightmare of out-of-breath singing accompanied by mediocre guitar playing, out of sync bass and incomprehensibly bad drumming. I’ve literally seen little girls beating on buckets with spoons that sound better.

2. The Black Eyed Peas. Besides the fact that none of the four members do anything on stage except jump into the air and slap their hands together like those cymbal-banging monkey toys, Fergie’s range is horribly halted. Just check out their Superbowl performance. It’s a tragedy.

3. Ke$ha. It was proven to me finally on SNL that Ke$ha is mind-blowingly embaressing on stage. She lacks all of the charisma you experience when listening to her on CD, the robotic voice, the energy, it’s all gone in concert. All you’re left with is a blonde lion standing on stage in a spandex bodysuit that glows in the dark. Throw in some strobe lights for bad measure. It’s still not worth $60 dollars. 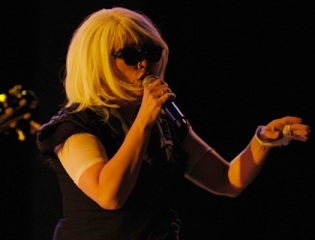 4. Blondie. The fact that some of the most memorable, most sampled songs belong to this iconic 80’s band doesn’t negate the fact that Deborah Harry cannot sing live, or that the band sounds looser than Octomom’s vagina. The songs “Call Me,” “One Way Or Another” and “Heart Of Glass” all play out like some above average cover band that you could see for free in a summer concert series in your local park (This is what happens when you sleep with your entire band, Debbie, no one can focus).

5. No Doubt. I love No Doubt and Gwen Stefani as much as the next person. The band is talented and so is Gwen but her live singing is really bubbly and awkward at times. She changes the whole original flow of the songs by “rapping” certain parts. In the end No Doubt disappoints in concert because you just expect so much more. Gwen needs to stop doing push-ups and focus on vocalizing. 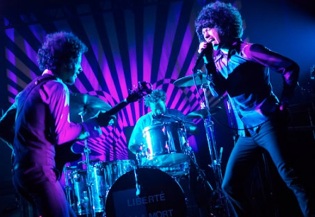 6. The Mars Volta. Six band members and not a single one of them doing anything right onstage. Vocalists Cedric Bixler Zavala and Omar Rodriguez sing like helium overdoses that could break the thickest more disaster-ready sheet of glass. Their sound is just too complicated to translate in concert, something you’d be better off listening to on your living room sound system. 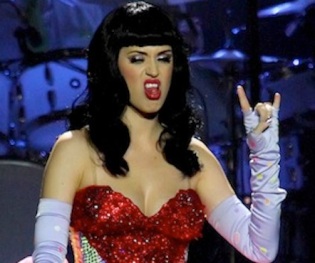 7. Katy Perry. I can’t deny that Katy Perry puts on a show, with the costumes and the “dancing” and set design, but if you take that away that what would you be left with? A big-breasted wide-eyed church girl who can’t quite push it like Lady Gaga or Christina Aguilera… Her concerts lack the one thing that they really promote and promise: sex appeal. 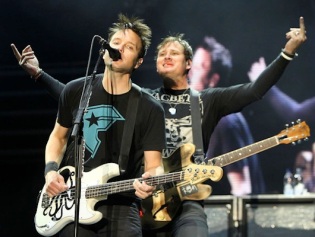 8. Blink 182. The combination of Mark Hoppus and Tom DeLonge’s voices tend to cause question marks to fly out of my eardrums. The screechiness of DeLonge and a pace that is too fast for the band’s own abilities is a treacherous mixture. I “grew up with” Blink 182 and love them, but this music is Fall Out Boy’s grandfather, and it seems like they went to the same school of bad live performances.

9. The Sounds. Oh my, well, these Swedish electro-rock sensations are the epic creators of tunes like “Queen Of Apology” and “Dance With Me,” songs that all sadly flatline in concert. The unbearable weirdness of blonde badass Maja Ivarsson screaming about how “fucking cute” their keyboardist Jesper is, is also memorable, but unnecessary.

10. Sonic Youth. I saw Sonic Youth in concert in 2009 in the sweltering heat. It was unbearable waiting for a single song to finish, since they all go on around 10 minutes. I remain an avid fan of theirs and applaud them for staying relevant and together for three decades, but this isn’t a necessary concert experience unless you just want to see Kim Gordon and Thurston Moore for the sake being in the presence of genius grunge gods.