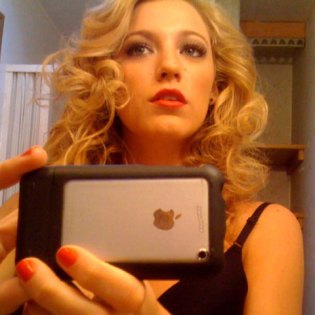 As you know, Scarlett Johansson‘s nude cell phone pics were recently released, and she’s now on a pointless quest to have them ALL removed from the internet, with a little help from the FBI.

We still all saw her naked, so I’m not sure how taking them off of a few high-profile websites will reduce their notoriety.

In light of that, I wanted to remind you all that Blake Lively ALSO had nudes stolen from her phone by a mischievious hacker that traipsed onto the web in March.

Here is a hilariously untrue comment by Blake’s rep:

“The photos of Blake Lively which have just surfaced on various websites are one-hundred percent fake. Blake has never taken nude photos of herself. Blake will pursue legal action against the publication which initially published these photographs and any other outlets that republish them in any manner.”

21 thoughts on “Blake Lively Nudes (In Case You Missed Them)”