With a release date just days before Thanksgiving, Rihanna’s sixth studio album in a mere seven years, looks to exceed expectations. Her previous effort, Loud, may have earned lukewarm reactions from the critics, but the fans went for it whole-heartedly and so did the queen of Barbadian pop.

She made music videos for half the tracks on Loud, toured all over the U.S. plus overseas and hasn’t let up besides her recent bout with the flu. Her new song “We Found Love,” an electronically dumb yet blissful pairing with Calvin Harris, is the first look at Talk That Talk, due November 21st.

Battle with exhaustion and illness aside, she’s still on the verge of tying Madonna’s record for number one singles, at 11. She will surely beat it shortly after Talk That Talk, in all its booming thigh-slapping glory, comes out.

But what song will push her over the edge? Now that she’s already a superstar, arguably bigger than Beyonce, which of these songs will end up being singles? Something as massive as “S&M” or “What’s My Name?” (I’ve got $20 bucks on “Roc Me Out,” “You Da One,” and the title track) 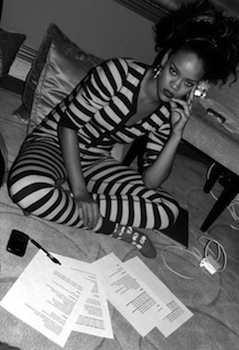 Nothing thrills me more than enthusiastically singing “yellow diamonds in the light” and “we found love in a hopeless place” in my worst and whitest Barbados retard accent, all drawn-out and convoluted. If only I had a zexy elastic jailbird-onesie to rock.