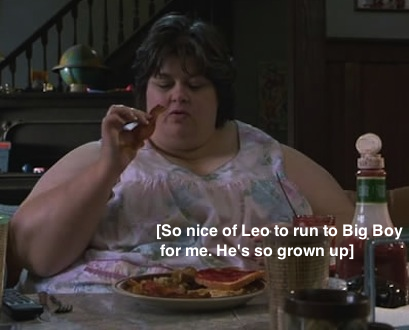 I’m not just winging out random assumptions, Detroit, Michigan has been officially named the fattest city in America. By fattest, they mean it has the highest rates of obesity (a whopping 33%) and heart disease. This data comes from the Center For Disease Control, and Prevention Magazine, but other sites list it a little differently.

Men’s Health Magazine ranks Corpus Christi, TX as number one, while Ask Men says it’s Las Vegas, Nevada. I tend to believe the CDC’s numbers. Want to hear the rest of the top eight? They’re pretty much all in the South. Basically it’s a miracle if you’re from the South and never had a steak-related stroke.

I say we send the Detroit Red Wings and Dallas Stars defensemen into Michigan and Texas to bully citizens and take their lunch money. I’m writing a letter to congress. This will work. Then nobody will look like Johnny Depp’s mom in What’s Eating Gilbert Grape. 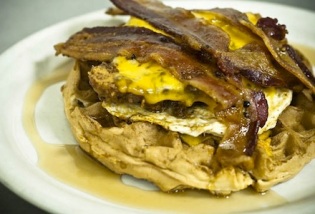 [The list of the CDC’s Saddest Cities, is slightly less predictable]

4 thoughts on “Detroit Is The Most Obese State”