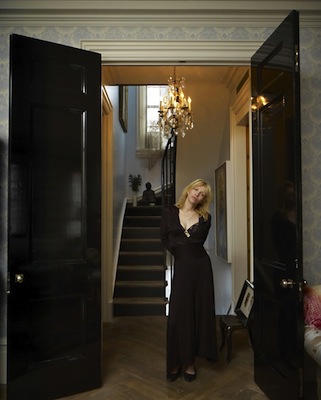 Courtney Love, one of the most prevalent and raucous women in rock ‘n’ roll, is being evicted from her townhouse in New York for, well, for a million valid reasons.

1. She set the drapes on fire. (Via unattended candle)

3. She redecorated it without the building owner’s okay. (Donna Lyon told the NY Post, “Courtney has wallpapered and painted a large portion of the property without my consent”)

Lyon also mentioned that she didn’t even recognize the property after Love had taken it over. “I came to New York to see it and I was horrified by what she had done. The walls that had been hand-painted and glazed were ruined.”

Courtney is disputing the claims, saying she was allowed to paint the walls and that the house is hardly ruined. There is actually photographic evidence that she may be telling the truth.

One thought on “Courtney Love Evicted From NY Townhouse”