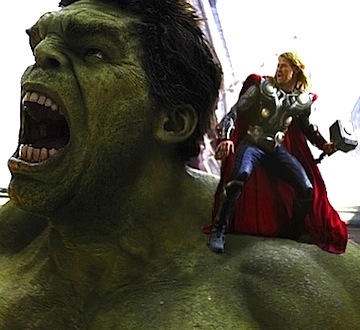 The Avengers brought in a record-breaking $200 million dollars over the weekend, shooting past The Hunger Games, The Dark Knight, Twilight to knock Harry Potter And The Deathly Hallows Part 2 (with $169 million) from the top spot.

So far it’s dominating only the biggest opening weekend movie list though at this rate it could compete with films on the domestic and worldwide gross lists that Avatar currently conquers.

I plan on seeing it on Thursday for matinée prices. Take that, crazy Twist trolls who complained about me being “an angry lesbian who doesn’t shave her arm pits and lives in a hippy tree” all because I called ScarJo a useless Black Widow.

Her and her handgun may be useless, but I still want to see the movie! I was skeptical at first but I’m too nerdy and impressed by all the positive reviews to stay away.