Ten photos from Peter Jackson‘s The Hobbit: An Unexpected Journey have been released via Entertainment Weekly. The movie, due out December 15 of this year, is Jackson’s first directing gig since 2009’s underwhelming The Lovely Bones.

I can’t say that these pictures, which come with quotes from the actors, reveal much that can’t be seen in the trailer. They do make me wonder if the two parts of The Hobbit will be improved in comparison to their predecessors that totally don’t hold up over time.

I’m not saying that Guillermo del Toro would have done a better job because I don’t need to. It’s understood and known to all.

Jackson never enlists new talent because he thinks the old formula is the best formula.

Fran Walsh, a perfectly capable writer who has worked on at least 12 other projects with him, has been dragged along as well as Philippa Boyens, a six-time collaborator of his. 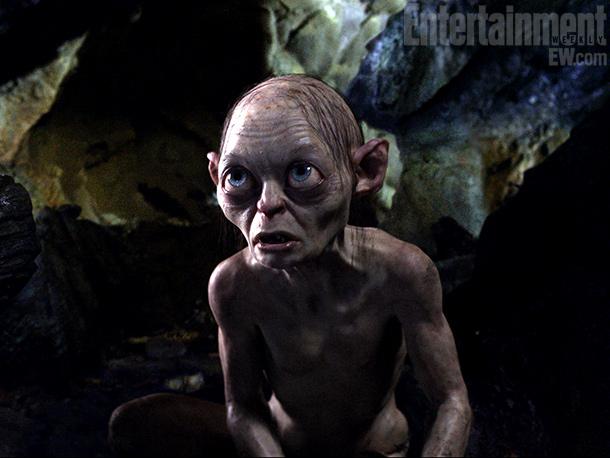 I want more than fun and entertaining. I want dark. Is an R-rating too much to ask for? And am I the only one who read the book and thinks Andy Serkis’ motion capture Gollum is cute but completely wrong?

6 thoughts on “New Images From ‘The Hobbit’ Emerge, Will Make You Feel Even More Blasé”