Notorious lothario and Hong Kong shipping tycoon Cecil Chao is willing to cough up $65 million dollars to the first man that he deems worthy of marrying his daughter.

Here’s the thing, his daughter, 33-year-old Gigi Chao, is a lesbian who has been in a committed relationship with her partner for seven years. She’s also begging her father to “rescind the notice” for his “family’s sanity’s sake.”

“People send me letters, emails and faxes. I haven’t had time to read them yet. I’ll have to discuss it with Gigi,” Cecil told the South China Morning Post newspaper.

His requirements are simple. He’s only accepting applications from people with “the talent but not the capital” to start their own business.

He also doesn’t mind if they’re “rich or poor” but specifies that they must be “generous and kind-hearted.”

A number of celebrities have commented on the story. One Chelsea Lately comedian suggested Ryan Seacrest as an applicant because of his feminine body, while The Talk‘s Sara Gilbert and Aisha Tyler (using a mustache as a disguise) both joked about marrying her for the cash. 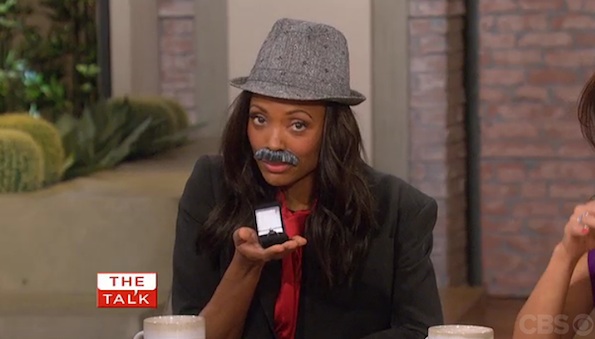 “I saw her picture, I’m willing to marry her for free,” Gilbert said as she held back a smile.