Miley Cyrus has inserted her [unasked for] opinion on the death of Chris Guerra, the photographer who was hit on his way back to his car after snapping photos of Justin Bieber’s white Ferrari.

Cyrus says “It is unfair for anyone to put this on to Justin’s conscious as well! This was bound to happen!” adding that the paparazzi are “fools” who make it impossible for anyone to be safe.

Then she played the Princess Diana card, which is an easy card to play considering she was beautiful and kind and basically the most beloved person in the entire world. Justin Bieber is no Princess Diana. He’s more of a drawn-out constipation.

Bieber, who reportedly had “very little respect” for Guerra, has released the following statement indicating that he agrees with Miley:

“Hopefully this tragedy will finally inspire meaningful legislation and whatever other necessary steps to protect the lives and safety of celebrities, police officers, innocent public bystanders, and the photographers themselves.” 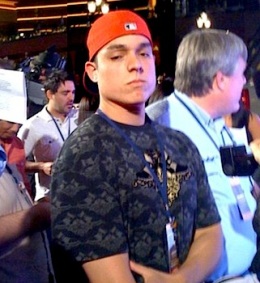 First of all, Justin Bieber did NOT write that. Secondly, the paparazzi are notorious a-holes who antagonize celebrities, and Justin Bieber is an a-hole who throws gasoline and lit matches into my eardrums for a living. You’d think they’d get along swimmingly.