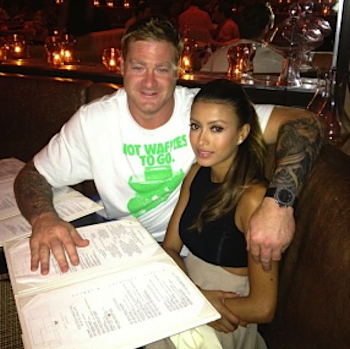 Former Giants and Saints Super Bowl champion Jeremy Shockey’s soon-to-be ex-wife Daniela Cortazar is asking for $15,000 because of an Instagram photo of her bare bottom that supposedly violates a privacy provision in the prenup.

These two lovebirds spent a handful of last year’s months batting their eyelashes at each other and Tweeting photos from the bed they couldn’t be bothered to leave.

Suddenly, Shockey decided Cortazar was insane and filed for divorce, claiming the marriage was “irretrievably broken.” (Posting the booty pic after the fact because he still thinks she’s hot and/or wanted to humiliate her?)

Not sure exactly what went wrong (besides them not properly timesharing the mirror), but I doubt I’d have to rack my brain much to figure it out. Athletes have a lot of problems. Mainly an inflated sense of worth, lack of common sense, and anger issues.

The women they date and marry are attracted to this because they either, A. lack self-esteem, B. are similar in some way, or C. just aren’t very smart. 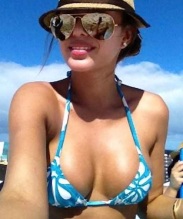 I’m not one to give relationship advice, but a guy who seemed like a dick when you married him is always going to act like way more of a dick when you’re not with him.

One thought on “Jeremy Shockey Out $15,000 For Posting Photo of His Ex-Wife’s Tight End?”