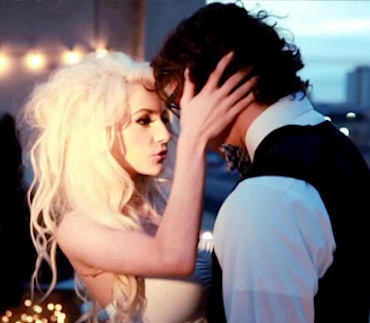 In the new music video for her first official single “Reality,” Courtney Stodden makes out with a James Spader knockoff and hires Lady Gaga’s egg guys to carry her around like a dead Egyptian queen during a burial ceremony.

The whole project was likely funded using money Courtney found under her husband‘s do-rag. But how much can it really cost to turn up the auto-tune to a screechy 10 every time she says “Control” while writhing around on a pile of half-chewed lollipops?

I’m thinking she paid off the entire cast and crew with porta potty sex, all the while lecturing them about her lack of plastic surgery. “I’m as natural as a Ball Park hotdog,” she’d say.