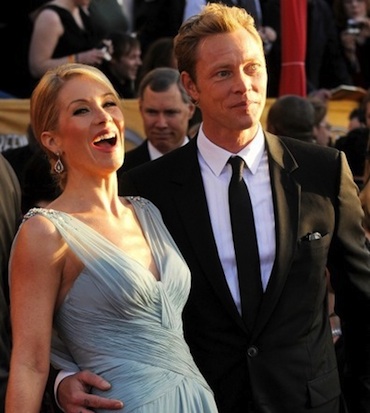 Christina Applegate married musician Martyn LeNoble in a ceremony so private that there aren’t even any overhead photos of her dress being blown around by paparazzi helicopter blades.

He’s also credited with holding her hand during her bout with breast cancer at the beginning of their relationship in 2008. (Now I feel bad for thinking he looks like a cyborg in the sunlight.)