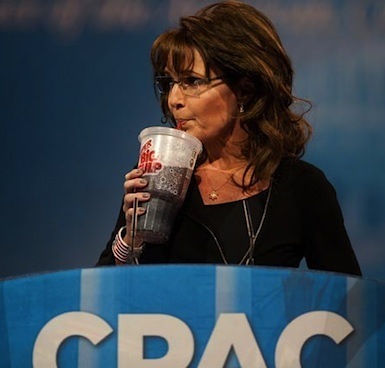 “Bloomberg is not around, our Big Gulps are safe. We’re cool. Shoot, it’s just pop with low-cal ice-cubes in it,” Palin told the crowd.

I’m with glasses. Somehow, all the way on the West Coast, the word of a proposed ban on oversized sodas made me sympathize with gun-nuts. After all, my freedoms as a future diabeetus-having ‘Merican were being trampled by donkeys.

It’s my constitutional right to wave my muffintop ponch and underarm wings proudly atop a half-digested mountain of Burgerville shakes, McDonald’s fries and Coca-Cola syrup.