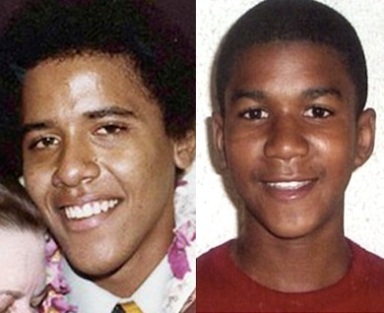 On Friday Obama gave a very personal and heartfelt speech about the shooting of 17-year-old Trayvon Martin and George Zimmerman’s not guilty verdict, which caused outrage across America in the form of protests large enough to shut down freeways in L.A.

The president went on to say that he witnessed a great deal of everyday racism before entering politics, like being followed while shopping and seeing old ladies clutching their purses in fear.

He went on to touch on topics like racial profiling legislation, state and local laws that might encourage similar altercations, and how attitudes are positively changing in our country. Barack concluded with:

2 thoughts on “Obama: “Trayvon Martin Could Have Been Me””