The commanding general at Fort Hood in Killeen, Texas – where 34-year-old enlisted soldier Ivan Lopez shot and killed three fellow officers and then himself with a semi-automatic pistol on Wednesday, April 3 – says Lopez had a questionable medical history that may at least partly explain his behavior.

“We have very strong evidence that he had a medical history that indicates an unstable psychiatric or psychological condition. We’re going through all records to ensure that is, in fact, is correct,” Gen. Mark Milley told reporters today, adding that they believe his condition was the “underlying causal factor.” (Not that you can ever truly “explain” murder.)

Sixteen were wounded in this latest Fort Hood shooting, a military base that was plagued by a similar incident in 2009 that left 13 dead and more than 30 injured at the hands of Army psychiatrist Nidal Hasan. 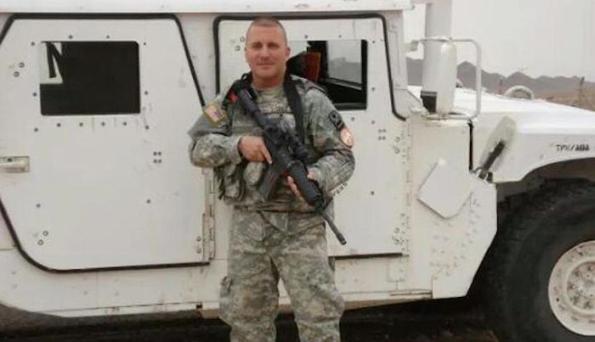 President Obama commented on the events in Killeen, saying: “We’re heartbroken that something like this might have happened again. And I don’t want to comment on the facts until I know exactly what has happened, but for now, I would just hope that everybody across the country is keeping the families and the community at Fort Hood in our thoughts and in our prayers.”

Read: Ft. Hood gunman Ivan Lopez was devastated by mother’s death, possibly had argument with someone at base before shooting: report