English confirmed what first-ever winner of America’s Next Top Model Adrianne Curry expressed when she told Steppin’ Out magazine that Tyra Banks “screwed” her over.

“Tyra won’t do anything. She provided a wonderful platform for girls to have a chance at their dream, but, after there is no ‘Tyra Mail’. I had to guide myself, and even though I won a model competition I still had no idea what the modeling BUSINESS was like,” CariDee Wrote.  END_OF_DOCUMENT_TOKEN_TO_BE_REPLACED

Prior to appearing live on Dr. Phil, Jael’s family and two interventionists provided by McGraw lured her out of hiding by tricking her into thinking her dog was sick.  END_OF_DOCUMENT_TOKEN_TO_BE_REPLACED

Anna Paquin and Stephen Moyer had their babies. (Celebuzz)

Browns and Eagles head linesman is a grade school referee in Oklahoma. (Deadspin)

William Blake once said that there is no creature more terrifying than a smizing cougar burning bright in the forests of the night. You and I both know Blake was referring to Tyra Banks.

However, when she talks about him she giggles like a 15-year-old girl and compliments the crap out of him, repeatedly calling Fallon by his first name as if she were being grounded by mama five-head.

END_OF_DOCUMENT_TOKEN_TO_BE_REPLACED

Tyra Banks is running out of ideas for America’s Next Top Model. If the All-Stars and British Invasion cycles weren’t proof enough, “College Edition” is approaching and she’s officially replaced all the judges (except Kelly Cutrone) plus creative consultant Jay Manuel and runway coach “Miss” J. Alexander.

Nigel Barker has been switched out for fellow Brit and model Rob Evans, who will sit next to fashion blogger Bryan “Bryanboy” Grey Yambao on the ANTM panel along with Tyra and Kelly.  END_OF_DOCUMENT_TOKEN_TO_BE_REPLACED

People who like to think of themselves as animal rights activists (really they donate $5 a year to the Humane Society) expressed concern over pictures of Emma Watson walking a pink Bichon Frisé in East London.

I’m with you on this one, I had no idea what a Bichon Frisé was despite my two years in dorky dog 4H. Wiki tells me that they are descended from Standard Poodles and Water Spaniels.

Canine lesson over, onto even less important things… The dog, Darcy, isn’t even hers. It belongs to America’s Next Top Model: British Invasion winner Sophie Sumner, a close friend of Watson’s. After the criticisms, Hermione wrote:

END_OF_DOCUMENT_TOKEN_TO_BE_REPLACED 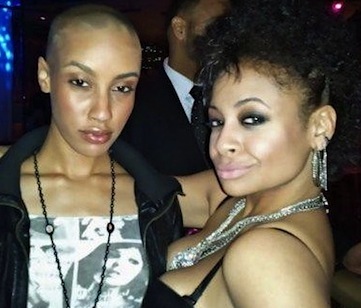 Raven-Symone (The Cosby Show, That’s So Raven) has responded to a National Enquirer story that she’s a longtime lesbian who is currently dating AzMarie Livingston from the current cycle of America’s Next Top Model. Symoné says:

“I’m living my PERSONAL life the way I’m happiest. I’m not one, in my 25 year career to disclose who I’m dating. and I shall not start now. My sexual orientation is mine, and the person I’m dating’s to know. I’m not one for a public display of my life.”

“However that is my right as a HUMAN Being whether straight or gay. To tell or not to tell. As long as I’m not harming anyone. I am a light being made from love. And my career is the only thing I would like to put on display, not my personal life. Kisses!”  END_OF_DOCUMENT_TOKEN_TO_BE_REPLACED

That’s every recognizable face on the show besides Tyra, gone.

The three will have vanished by the 19th season (18 is currently running) and there’s no word on whether current judge Kelly Cutrone will stay.

“It wasn’t a shock. I’m friends with Tyra and the producers. There had been a discussion that ratings were down and that something like this would happen.”  END_OF_DOCUMENT_TOKEN_TO_BE_REPLACED

I wish I could say that Tyra Banks taught me how to smile and “smize,” her trademark word for smiling with your eyes, but I’m a lost cause. You’d think after watching every single season of ANTM I’d have learned something.  END_OF_DOCUMENT_TOKEN_TO_BE_REPLACED 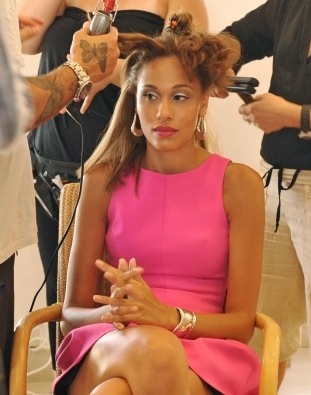 Wednesday was a strange day for Tyra Banks and The CW because of a first-time event on America’s Next Top Model. One of the contestants, Angelea Preston, was disqualified in the final episode of the show. The reasons are unknown, though surely they will be revealed eventually.

All Tyra said was “We’re back in Los Angeles on the Top Model set and we’re here for a special finale that’s being conducted under unusual circumstances.” With Nigel Barker adding, “It turns out, our production team and the network learned information from Angelea that disqualifies her from the competition.”

The rumor mill is churning with speculation. But the fact is, the network did confirm that they had to shoot new scenes for the show after finding out this suspect information. It definitely has something to do with Facebook. Whispers around the net indicate that Angelea may have ben the original winner, but bragged about it on Facebook before the finale aired, causing her disqualification.

END_OF_DOCUMENT_TOKEN_TO_BE_REPLACED 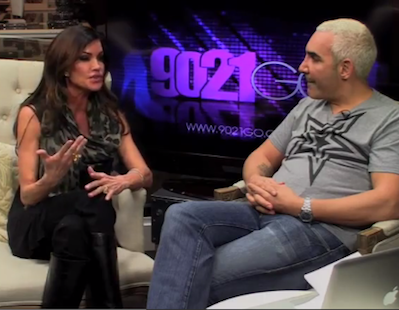 Janice Dickinson made a bold statement during an interview with FilmOn’s Alki David, which was released on Monday. She says America’s Next Top Model, for which she served on as a judge for four seasons, is completely rigged by Cover Girl, the company the winner scores a contract with.

“There’s back history of experience and the way she treated me when I worked for her on the panel, and there was a way I experienced being on that show, being conned, thinking that I was actually helping judge a TV franchise, END_OF_DOCUMENT_TOKEN_TO_BE_REPLACED

She sings too!…Yes, each year I become invested in one or two of the contestants on America’s Next Top Model, waiting for Tyra to inject the CW with a new batch of crazy.

You can imagine my excitement when I discovered that Harvard and a few of my other favorites, like giddy-country bumpkin Laura Kirkpatrick (whose granny sews all her outfits) and cuntasaurus maximus Alexandria Everett, would return for cycle 17.

END_OF_DOCUMENT_TOKEN_TO_BE_REPLACED

Tyra ran out of ideas for America’s Next Top Model, and who can blame her after 16 seasons/cycles of the show. I was kind of hoping she’d do an ANTM with all male models, or bring back Janice Dickinson as a judge but instead she’s decided to compile a group of previous contestants.

She’s chosen 14 “fan favorites” from past cycles and lumped them together to cough get ratings cough cough I mean, compete…