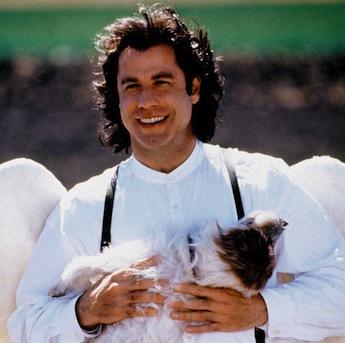 John Travolta tells Celebrity Magazine that he helped a man in China who had broken his ankle in a car crash. Here’s where it gets interesting. Travolta performed an “assist” to speed up the healing process.

It involves Scientology, giving another man a rubdown AND it’s like that movie Michael. You know, the one where he’s an unconventional angel who brings dogs back to life?

“I was in Shanghai recently at a work event and the Master of Ceremonies’ best friend had recently gotten into a car wreck. He had broken his ankle and was in constant pain,” he revealed in an article brought to light by Celebuzz called “John Travolta: Stayin’ Very Alive.”  END_OF_DOCUMENT_TOKEN_TO_BE_REPLACED