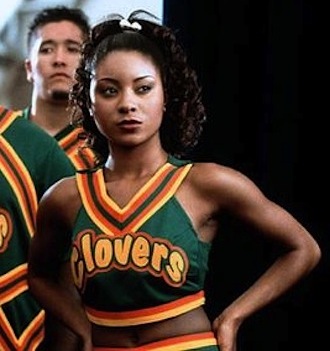 Natina Reed of the girl group Blaque (“As If,” “Bring It All To Me”) died on Friday night after being struck by a car on a highway in Georgia.

Reed, who has a 10-year-old son with rapper and former executive VP of Death Row Records Kurupt, played the extra tiny, extra funky cheerleader on the rival team of Kristen Dunst’s squad in Bring It On.

Natina was a protegé of Lisa “Left Eye” Lopes. Blaque opened for TLC during the FanMail tour and were signed to Lopes’ company, Left Eye Productions. TMZ reports that the driver who hit her stayed on scene and called 911. There are no charges pending.  END_OF_DOCUMENT_TOKEN_TO_BE_REPLACED

British rockers Hard-Fi are hardly known for originality, but then again neither are Kaiser Chiefs or The Bravery. It only means that they are easy to listen to, the word “fun” comes to mind. UK house parties, lager, whatever. Hard-Fi stepped foot onto the indie scene modestly with their 2005 debut Stars Of CCTV. (after the popular English news source)

They held attention spans firmly with songs like “Cash Machine” and “Living For The Weekend.” Lack of funds and everyday-man woes became a popular lyrical theme in their cymbal-happy post-punk revival. They’re now back with a versatile third album, Killer Sounds, which dropped in their native hierarchical land on August 19, 2011.