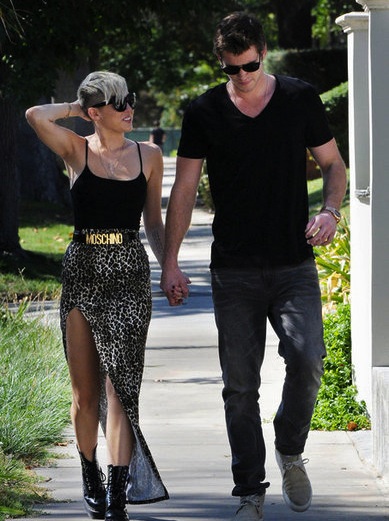 I’m guessing he did it because she’s really, really gross and he can totally do better by dating a cigarette butt or a cow skull. I thought she was weird and terrible when she had long brown hair in The Last Song and hadn’t completely been cut from the chain that kept her from twerking and sweating from her tongue like a Golden Retriever.

The VMAs and “Wrecking Ball” are what happens when Billy Ray sleeps.

Bands who tour for too long (Bush, Everclear etc.) are no longer appreciated because, like the show Weeds, they tend to overstay their welcome until the creativity well becomes dryer than Larry King’s vagina. END_OF_DOCUMENT_TOKEN_TO_BE_REPLACED

Cowgirl Julianne Hough is “taking a break” from being Idol doormat, Kardashian zookeeper and On Air host Ryan Seacrest’s beard. Seacrest and Hough are reportedly no longer live together in the mansion he purchased from Ellen DeGeneres last year because of his busy schedule.

Word has it, Hough could not handle the fact that her sleek, well-groomed man-seal was mysteriously absent from the bedroom. “He never sleeps,” an insider told Us Weekly, adding that she couldn’t handle his “lifestyle.”

Origin story: after turning 18 and briefly dating Dane Cook, Julianne was pursued by Ryan. She thought he was gay, but dating Cook was enough for her to say yes to the ‘crest.

END_OF_DOCUMENT_TOKEN_TO_BE_REPLACED 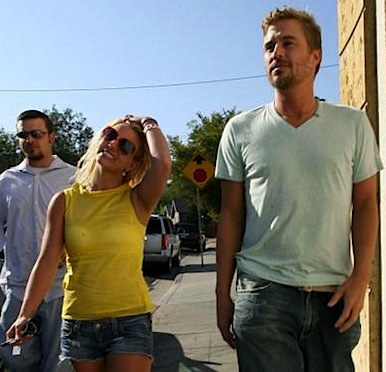 Fragile, mental 12-year-old Britney Spears and  facial 50-year-old Jason Trawick have called it quits after three and a half years, but Britney and her rep insist that she will remain friends with her former fiancé.

Britney’s statement: “Jason and I have decided to call off our engagement. I’ll always adore him and we will remain great friends.”

Her rep: “Britney Spears and Jason Trawick have mutually agreed to end their one-year engagement. As two mature adults, they came to the difficult decision to go their separate ways while continuing to remain friends.”  END_OF_DOCUMENT_TOKEN_TO_BE_REPLACED 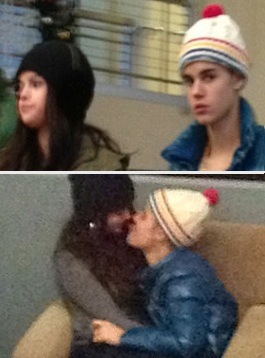 Selena Gomez supposedly broke up with Justin Bieber in November, but now that Harry Styles is unavailable, she seems to have wandered back into Justin’s hairless twig arms for a little love under the Canadian mistletoe.

Speaking of mistletoe, have you ever noticed that people often hang Holly leaves up and kiss under them because they don’t know the difference?

I personally have found that Holly trees do well in cemeteries, which means they like to feed on dead bodies.

Selena probably broke up with Justin because he likes dead bodies. Merry Christmas.

Read: Back On With Bieber! Selena Gomez Snuggles Up With Justin

In order to write a redneck hit, you need to include alcohol, car crashes and an inappropriate relationship with a family member.

That’s why I’m going to write a country song about Bobbi Kristina.

On Wednesday she got into a car accident where her Chevy Camaro (perfect for my song) was totaled (she was fine) AND revealed, through a bizarre string of tweets, that she and her brother-fiancé had called it quits.

Everybody relax. Bobbi wrote that she is “incredibly fine” (not in reference to her second wreck of the year), followed by a million hashtags that prove it.  #REALperson Xxo #armyofme #onmywon #goingtomakeit#determined, #notastalentedasmymother #whyamifamous  END_OF_DOCUMENT_TOKEN_TO_BE_REPLACED

Taylor Swift is no longer eating pizza, boning and sailing with a teenage Kennedy.

A source revealed that Swifty and her child bride Conor “parted ways a while ago.”

“It’s been over a month since they’ve even seen each other,” a really unhelpful friend of Swift’s told Us Weekly.

“With her promotion for Red, she has no time off until the end of the year.”

“It was just a distance thing. No hard feelings. They’re fine.”

Then the friend crossed her arms, pulled out a pink switchblade and yelled, “They are never ever getting back together!”

I’m guilty of liking a lot of bad songs, and many of them are from the 90’s. I can proudly say that none of them contain the lyric “pissing the night away.” That doesn’t mean I wasn’t surprised to hear that “Tubthumping” Brits Chumbawamba announced that they were splitting up after 30 years.

You know why I was shocked? Because I didn’t know they were still around or that they’d been making music for 30 years and had made 15 albums since the 80s. I have to applaud them for sticking with it, I mean, they had the one hit but it wasn’t exactly something to be proud of and they just kept trying and nobody knew.

Maybe they were happy and have some sort of cult following that I also don’t know about. Goodbye, familiar non-friends. I liked that one song from the Stigmata soundtrack, if it’s any consolation.

END_OF_DOCUMENT_TOKEN_TO_BE_REPLACED

The Georgia-natives famous for lyrically-grim musical eccentricity, on songs like “Losing My Religion,” and “Bang And Blame,”  have broken up.

The announcement comes 15 albums, countless singles and 31 years later since their formation is 1979.

Frontman/humanitarian Michael Stipe revealed that there was no “disharmony” on their official website today,

“A wise man once said – ‘the skill in attending a party is knowing when it’s time to leave.’ We built something extraordinary together. We did this thing. And now we’re going to walk away from it…”