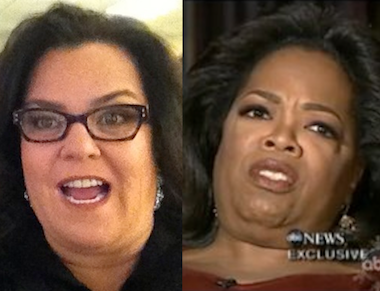 For a woman who prides herself on charity and providing advice for the entire feminine race, Oprah sure is selfish. Her longtime talk show on CBS ended (25 seasons to be exact) and she launched her own TV channel, OWN…the Oprah Winfrey Network.

It was a move reminiscent of legendary butt-of-the-joke O Magazine which saw Ms. Winfrey on the cover every single month at various weights, sometimes holding a fruit basket or standing amidst some leaves and an orange background. And who does she invite into the fun of her “next chapter?” Rosie O’Donnell!   END_OF_DOCUMENT_TOKEN_TO_BE_REPLACED 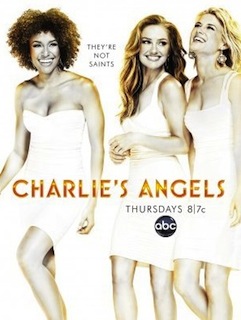 Charlie’s Angels, starring Minka Kelly and Rachael Taylor and executive produced by Drew Barrymore, has been cancelled after the airing of only four episodes.

The cancellation of the 1970s remake starring Farah Fawcett (though the show was much more reminiscent of the films starring Barrymore, Diaz and Liu) was announced on Friday.

The cancellation definitely had something to do with terribly low ratings, since the premiere garnished a modest 8.7 million viewers.

Hopefully this encourages Minka Kelly to focus on film. I want more Lyla Garrity and non-kitten killer lady from The Roommate…

END_OF_DOCUMENT_TOKEN_TO_BE_REPLACED

Due to a fairly severe but not life-threatening cold and chest infection, Adele has cancelled two tour dates in the UK. Shows today (September 4th) in Plymouth and tomorrow (September 5th) in Bournemouth.

Adele already canceled nine shows in North America due to a bout of laryngitis in June. Poor girl, I imagine that she is extremely exhausted from globally promoting her album 21 since the end of 2010…