Ariana Grande is already surrounded by rumors that she’s a total diva who makes her bodyguards carry her around like a doll and frequently gets into shouting matches with anyone who dares disagree with her, but in her first televised interview since hitting it big, she actually seems pretty laid-back.

“I’m so nervous,” Grande tells Jimmy Fallon. “I don’t speak. This is my first time speaking in front of people … I’ve never talked on a talk show.”  END_OF_DOCUMENT_TOKEN_TO_BE_REPLACED 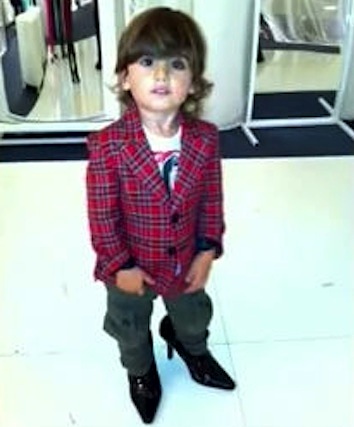 Celine Dion’s kind of an enigma  huh? I mean, besides being mega successful, French-Canadian and married to an old dude, what do we really know about her?

Let me tell you. Celine revealed on Katie that she has not 1,000, not 2,000, but 3,000 pairs of shoes, and one of her twins (the ones that took a really long time to conceive because you know, old sperm) loves going into her closet to try them on. Adorable right?

And not a word about his sexuality or future as a drag queen. I don’t want to hear it.

He’s two and a half, the approximate age that children start imitating their parents. I’m sure if his mom was Paris Hilton he’d be popping Valtrex over webcam with the E-Trade baby.

With a name like Nelson (after Mandela), he better turn in those heels for a Nobel Peace Prize by four.

Rihanna gets drunk on tequila in Mexico City for first 777 tour show. (MTV)

“I’m not arrogant,” says Chris Brown. Also, why he  is a terrorist. (Evil Beet) 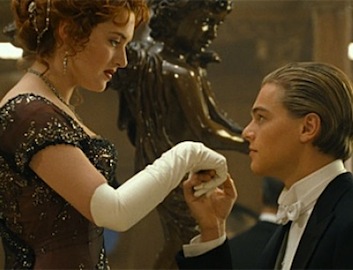 Kate Winslet is seems a little sick of Titanic. Even though her and Leonardo DiCaprio have had expansive careers after their roles in James Cameron’s big-budget romp, they cannot seem to avoid being associated with it by a few nostalgic fans.

People have even urged her to sing the theme song that plays tragically during the end credits and “went on” to become a #1 hit and bestselling song of 1998. “Every time I go into a bar in a hotel where there is a live pianist or a restaurant where they are changing their music according to who walks in the door apparently,” she told MTV News, “it’s thrilling for people to surprise me with the Celine Dion song.”  END_OF_DOCUMENT_TOKEN_TO_BE_REPLACED 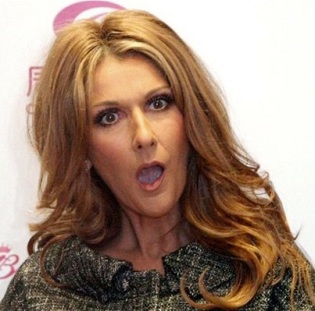 Daniel Bedard was arrested on the spot and charged with breaking and entering, property damage and auto theft after being found in the singer’s Montreal mansion.

He tripped the silent alarm, and the police found him eating pastries out of the refrigerator and running himself a bath. (Sounds relaxing)