GLAAD petitioned hard for the woman to be allowed to compete and for her case to be reviewed, after she was disqualified last month due to a rule that entrees must be born women. Shugart says:

“We want to give credit where credit is due, and the decision to include transgender women in our beauty competitions is a result of our ongoing discussions with GLAAD. We have a long history of supporting equality for all women, and this was something we took very seriously.”   END_OF_DOCUMENT_TOKEN_TO_BE_REPLACED

Yesterday was a big day for fast-food-chain-of-the-past Burger King. No less than twelve menu items were added, which is the greatest amount since its opening in 1954.

Several new types of salads (like Chicken Apple and Chicken BLT) plus frappes, smoothies, seven-lettuce snack wraps (WTF) and breakfast burritos are among the choices.  END_OF_DOCUMENT_TOKEN_TO_BE_REPLACED

After five fantastic never-grueling rounds of blind auditions, season two of The Voice (or, as one blogger called it, “DID YOU KNOW UGLY PEOPLE CAN SING, TOO?”) has progressed the ever-so-difficult Battle Rounds.

Difficult because the pairings are sometimes mismatched due to singing style or talent. Monday night’s episode had two battles where each of the four contenders were so good that they could have won American Idol in a snap.  END_OF_DOCUMENT_TOKEN_TO_BE_REPLACED 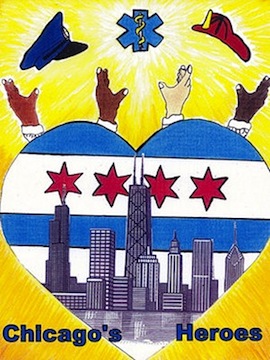 We live in a society full of fundamentalist and overly sensitive people who, for their own attention-seeking gain, want to see controversy in everything.

That’s exactly what happened in the case of a 15 year-old boy who entered his design in a sticker competition and won first place, which meant that it would have ended up on cars citywide. It also included a $1,000 prize.

The teen in question, Herbie Pulgar, who attends an alternative school for children with emotional and learning disabilities, says his intention was never to hide gang signs in his art.