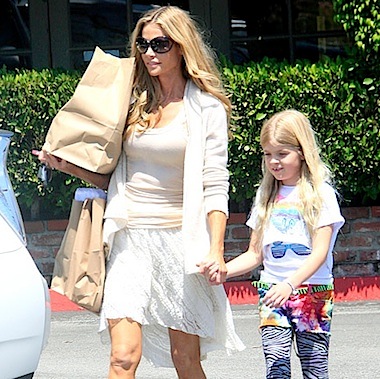 From the start of her career, Denise Richards was never exactly a full-figured woman, but lately she’s been looking like strips of elk jerky carelessly sewn onto bone.

Sort of a modern-day version of Sally from The Nightmare Before Christmas. I wouldn’t be surprised if one of her arms, pressed from the weight of one of the many children in her care, fell onto the ground and disintegrated in a puff of celery-scented smoke.

But clearly I’m not a man from England and my opinion is more meaningless than MenKind’s list.

END_OF_DOCUMENT_TOKEN_TO_BE_REPLACED

Denise Richards took her three children out for some ice cream this weekend. Or two of them ate ice cream while the youngest, Eloise, feasted on what’s left of her mother’s circulatory system.

I’ve seen year-old French Bread that was softer than those withered limbs. Swing that thing the wrong way and it either disintegrates or takes someone’s eye out. It’s hard to tell without feeling it in the aquarium touch pool.

That kid she’s holding is a vampire with the worst kind of luck. The luck of living with a green drink-loving pilates master when all she needs is Honey Boo Boo’s mom. 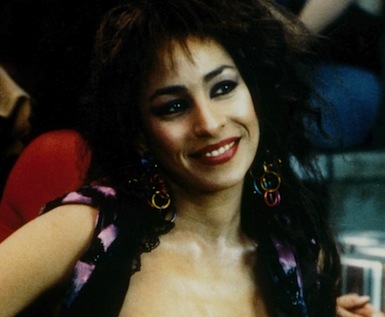 The woman who played the iconic triple-breasted hooker from Mars in the original Total Recall with Arnold Schwarzenegger recently told Vulture.com that she was not only teary-eyed during her iconic scene in the 1990 classic but had diarrhea, as well.

Lycia Naff, a well-known woman with a name few would recognize, revealed her embarrassment at having to wear prosthetics, how she wishes the new three-breasted woman in the inferior Colin Farrell version the best, her thoughts on Arnold, Star Trek, and working with Denise Richards on her reality show.

Being sick and nervous during Total Recall: “At the time, I had the trots [from eating bad food], and I was crying! [Laughs.] And I was embarrassed. I was so petrified when all the reality of it sunk in.”

END_OF_DOCUMENT_TOKEN_TO_BE_REPLACED 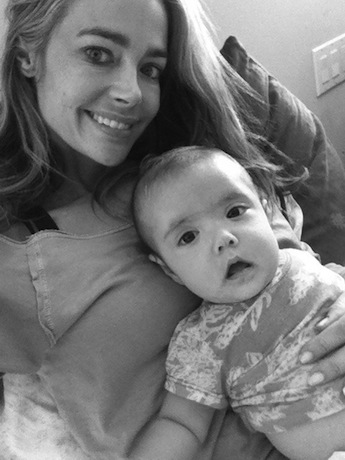 Yesterday Denise Richards, 40, Tweeted a picture of her with her new baby, Eloise, accompanied by the words “good morning,” and I must say it terrifies me.

I’m not saying Denise Richards or her baby are ugly (okay maybe it is, but that’s temporary) I am saying that this photo in particular is very bizarre.

You know what else is terrifying? Denise Richards has three daughters now, and still isn’t done poppin’ ’em out like a rusty Jurassic Park log ride…