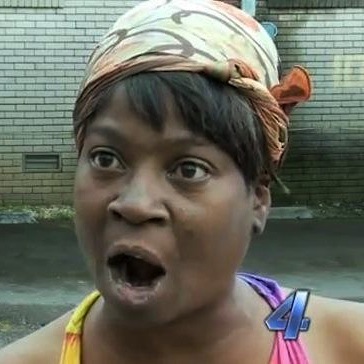 Police in Detroit are in less trouble than they should be for “kidnapping” homeless people from the hip and fancy Greektown Historic District and dumping them outside city limits.

This is nothing new. I mean, I’m pretty sure hobos aren’t allowed in my town unless they’re shifting between public transportation for 15 minutes. Shelters in all major cities are downtown, shadowed by the hustle and bustle of noisy, non-homeless bar-goers, traffic, and police sirens. If you watch Cops, you know there aren’t exactly a lot of laws protecting the rights of those unfortunate enough to live under bridges and drink out of paper bags.

Detroit still may have reached a new low, reportedly dropping people off as many as eight miles away from the neighborhood, sometimes at night, to potentially dangerous areas that they are unfamiliar with.

END_OF_DOCUMENT_TOKEN_TO_BE_REPLACED

I’m not just winging out random assumptions, Detroit, Michigan has been officially named the fattest city in America. By fattest, they mean it has the highest rates of obesity (a whopping 33%) and heart disease. This data comes from the Center For Disease Control, and Prevention Magazine, but other sites list it a little differently.

Men’s Health Magazine ranks Corpus Christi, TX as number one, while Ask Men says it’s Las Vegas, Nevada. I tend to believe the CDC’s numbers. Want to hear the rest of the top eight? They’re pretty much all in the South. Basically it’s a miracle if you’re from the South and never had a steak-related stroke.

END_OF_DOCUMENT_TOKEN_TO_BE_REPLACED

Chris Brown went above and beyond the boundaries of megalomania during his F.A.M.E. Tour in Detroit. Ahhh finally, someone with more pre-recorded vocals than Britney…