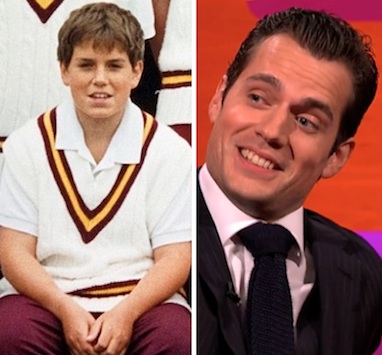 “My nickname in school was ‘Fat Cavill,’ he told a crowd plus his co-stars, Amy Adams and Russell Crowe, on Friday, June 14 during an interview on The Graham Norton Show. “My dad always said from the age of about 13, I stayed the same weight until 25, I just got taller.”

So he went from a fatty fatty boom to a hottie hottie swoon swoon? And a millionaire? And he’s not intimidated by strong women? (He’s dating MMA-fighter-turned-actress Gina Carano.)