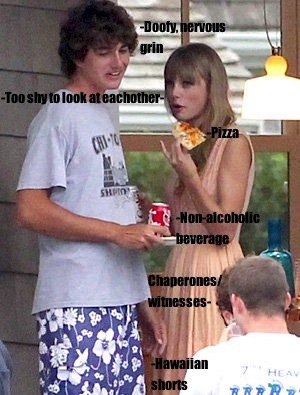 Sorry for the Disney-friendly nature of this story. I know you were expecting more news about Kristen Stewart banging old guys in Mini Coopers, but you’re out of luck. Taylor Swift drinking Coca-Cola on the beach with a Kennedy will have to suffice.

And what do we know about Conor Richardson besides that he’s the equivalent of American royalty? Well, the kid is 18 (looks 16), has curly hair, wears Hawaiian shorts and is cousin to Patrick Schwarzenegger, who Swift was linked to in early July. END_OF_DOCUMENT_TOKEN_TO_BE_REPLACED