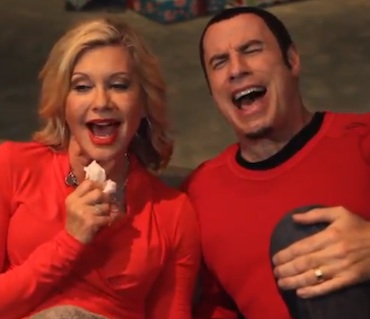 There are so many things going on this video: the hairline, line dancing, the fact that it looked like it was filmed with a $659.99 Groupon.

Olivia Newton-John and the socially awkward alien from Battlefield Earth reminded everyone that it’s not 1978 anymore by recording a duet called “I Think You Might Like It”, which sounds like something you said in junior high to the girl who received your Valentine’s card fashioned out of her hair.

In the opening scene, John Travolta pilots his own jet into some hick town to meet Olivia. Ollie is in the ol’ Grease mobile with a bunch of fake presents that some poor studio intern probably had to wrap 4 minutes before shooting.  END_OF_DOCUMENT_TOKEN_TO_BE_REPLACED 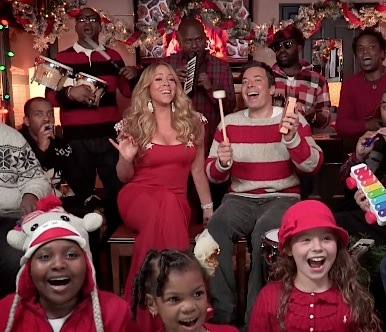 Jimmy Fallon, Mariah Carey and The Roots are The Avengers of December, teaming up to save Christmas from two Grease stars who almost square dance-stomped the shit out of our collective holiday spirit.