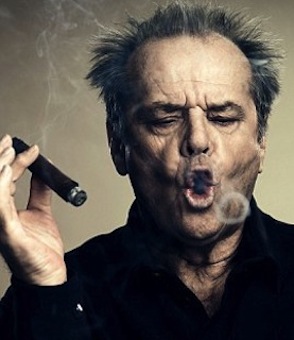 When asked by the paparazzi if he was going to the Super Bowl in Indianapolis Jack Nicholson responded in his get-off-my-lawn voice that he’d “rather drink bleach.”

Nicholson was born in New York so it would be logical to assume he’s a Giants fan but since he now lives in L.A. and roots for the Lakers as if it were a full-time job it’s impossible to know where he stands.

Your first thought might be that Jack just hates football and only prays at the alter of basketball but I have another theory. I believe he said he’d rather just bleach because of the spectacle of the thing.