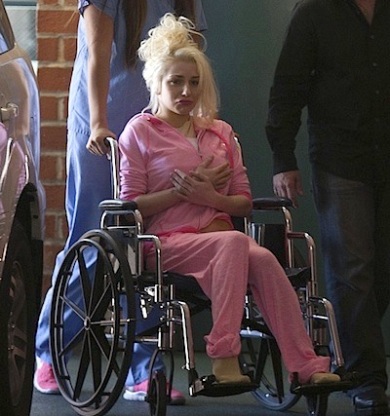 Courtney Stodden had her first ever cosmetic surgery over the weekend. (“First ever” is harder to type than “Justin Bieber doesn’t deserve to be thrown into an active volcano.”)

On the way out of the hospital following a procedure to expand her breasts and make her look more void of substance than hatchery-born salmon, 18-year-old Stodden finally looked her age.

It’s as if Doug Hutchison’s sole beneficiary had her teddy bear stolen. Or maybe she’s making that face because she finally got to take a break from tugging and slobbering on 53-year-old balls.

Speaking of balls, I have a few dick jokes I like to pester assholes who tell me to make them sandwiches on Xbox Live with. Mind if I test some of them out on you?  END_OF_DOCUMENT_TOKEN_TO_BE_REPLACED

Sooo you probably know about the subcategory of pond scum that Farrah Abraham belongs to?

First we have Amber Rose, Paris Hilton, Snooki, and Kim Kardashian. People who didn’t do much to become famous but are able to sell perfume or clothing because they made an inadvertent sex tape, dated someone famous or got punched on TV.

Then there are the Courtney Stodden and Tan Moms of the world. Octomom and that girl Pumpkin (a person) who spit on New York (a person) on Flavor of Love probably fit in here too.

Yeah, not hot cocoa powder, Ice-T Coco, last name Austin. You know, the non-animated version of Assy McGee, a beached saline-friendly Miami porpoise who would clearly have a serious case of organic cottage cheese cellulite IF her rump was authentic. (Notice how it shines)

END_OF_DOCUMENT_TOKEN_TO_BE_REPLACED

Heather Morris, 24, who plays Brittany, the lovably eccentric cheerleader on Glee, revealed to Fitness Magazine that she once had implants, but removed them.

She hasn’t shared the exact time that she had/extracted them, but it was probably between the ages of 19 and 22, before she was on a hit show on Fox.

On her fake bazoombas, in Fitness’s October issue:

“Implants were something I thought I wanted when I was younger, and now I don’t. It was hard being active with them, because my chest was always sore. It hurt a lot, and I didn’t like always being in pain, so they had to go.”

END_OF_DOCUMENT_TOKEN_TO_BE_REPLACED 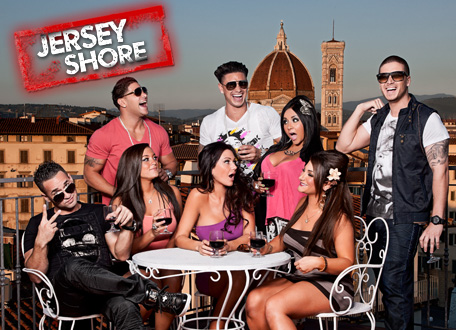 That’s right, tonight was a very special night. Another important moment in nothingness. Season four of Jersey Shore has finally arrived. The show premiered in Italy with many questions to be answered. Well, honestly, I had no questions. I knew that 1. there will be a car accident. 2. The cast is just as stupid in Italy as in America. And 3. everyone is going to “smush.”

The show starts out in the unfiltered smog of America’s poorly-aged butthole err garden state, NJ. Nothing interesting happens until the boys and girls, Mike “The Situation,” Jenni “Jwoww” Farley, Vinny, Pauly D, Nicole “Snooki” Polizzi, Ronnie and Sammi “Sweetheart” arrive in their new foreign home. Like everything else on the show, the new house looks like an imitation. A cheesy high-school project idea of what Italy would be. Marble, statues and pillars with red and yellow paint tossed in for good measure.