Not only is a Central Perk opening in SoHo and serving free coffee in giant cups to customers on the iconic orange couch from Friends, but Jennifer Aniston, Courtney Cox AND Lisa Kudrow stopped by Jimmy Kimmel for a mini reunion in a replica of Monica’s apartment.

In honor of the 20th anniversary of the NBC hit show, Kimmel, as Ross, wrote a scenario where Rachel and the girls praise him for being amazing at making love. …Even Monica… END_OF_DOCUMENT_TOKEN_TO_BE_REPLACED

Brad Pitt was punched in the face at the Los Angeles premiere of Maleficent (which is, let’s face it, Snow White and the Huntsman with a different cast) and his real-life evil wife did nothing to stop it.

Angelina Jolie was reportedly “busy signing autographs in another section” when the attacker jumped over a barrier and lunged at Pitt, but I believe she hired the man to punch her husband so other women would find him less desirable even though most of us haven’t desired him since Troy. (Ten years ago? Eek, I feel old.)

The assailant is notorious prankster Vitalii Sediuk, the very same who kissed Will Smith at the Men in Black III premiere and stole Adele’s award at the 2013 Grammys. 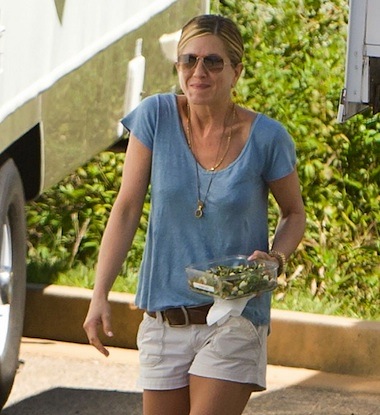 You may find yourself wondering what’s going on with the cast of Friends these days, well, Courtney Cox is looking like Cher’s grandma who bought plastic surgery in the back of a joint tortilla and pizza cart in Mexico City…

Matthew Perry is filling the void of another cancelled show by talking about why Chandler Bing’s eye bags were deeper than Crater Lake. Lisa Kudrow is being awesome, swimming in yogurt money and preparing for a third season of Web Therapy to air on Showtime (Matt LeBlanc’s doing the same with Episodes).

But what’s the most famous alumn up to? LET ME TELL YOU. Jennifer Aniston just gave an interview with New York Magazine where she called her body a “purified system” that rejects bad food.

Aniston explained that her organic body reacted to a Big Mac as if it were gasoline. “I think what you put in your body, as well as stress, is reflected in the quality of your skin,” she said.  END_OF_DOCUMENT_TOKEN_TO_BE_REPLACED

We’re The Millers stars Jennifer Aniston as a stripper turned-Jason Sudeikis’-wife-for-hire, Emma Roberts as their daughter, Ed Helms as a mega millionaire, and Nick Offerman as a tent-dwelling swinger.

Did I mention that it shares a director with Dodgeball and has the same writers as Wedding Crashers?

If you’re not in line at theaters to see this on August 9 you’re crazy. Or just poor. 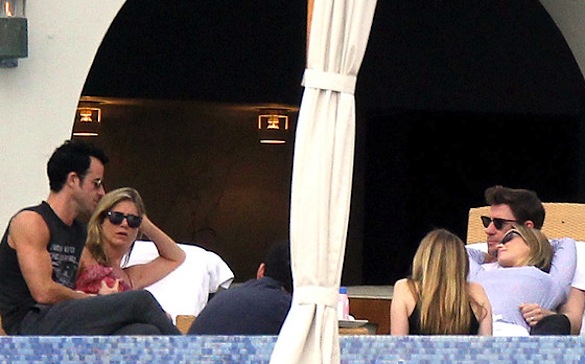 Trey Songz (or a man who looks Trey Songz) has a cute lil’ boyfriend. (ohmyGAHH!)

Karrueche Tran wishes death on either Rihanna or Chris Brown or both. (ONTD!)

The PSA was put together by Demand A Plan, which was launched by the collective Mayors Against Illegal Guns after the tragedy in Newtown, with a goal to change America’s lax gun laws.

Their website includes an option to sign a petition that ultimately looks to ban assault rifles, make gun trafficking a federal crime and criminal background checks a requirement for potential gun owners.

END_OF_DOCUMENT_TOKEN_TO_BE_REPLACED

The Wanted strip down to their teenybopper briefs. (Daily Mail)

Jennifer Aniston is teaming back up with her Horrible Bosses co-star Jason Sudeikis for We’re The Millers.

She plays a hooker who is hired by Sudeikis’ drug-dealing character to pose as his wife as part of an elaborate marijuana-smuggling scheme.

She was photographed braless in daisy dukes on the set of the Rawson Marshall Thurber (Dodgeball: A True Underdog Story) set in North Carolina last week. Such devotion.

She’s never played a sex worker before, but almost every other well-known actress has.

Angelina Jolie’s recent engagement to Brad Pitt, father of her children and partner for seven years means doesn’t mean much to humanity. You’re just going to see a ton of pictures of her left elongated spider hand and the ring that adorns it.

Before you say it, Jennifer Aniston does not care about this news There are even [unlikely] rumors that she might go to the wedding. And how good would that feel? Showing up with Justin Theroux, looking happier than ever, relieved not to be with that toolbox that left her for another woman. Hopefully she gets a plus two invite so she can bring Chelsea Handler.  END_OF_DOCUMENT_TOKEN_TO_BE_REPLACED

Jennifer Aniston tells Hollywood Reporter that there is little chance of a Friends movie. The words “I’ll never ever say never” did come up, so don’t completely exclude the idea.

“I can’t imagine how you would do it, unless you did it years from now. Then it would be: “Who are these guys? What are we watching?” I can’t imagine what that would be. It’s not normal. Friends is in your living room; Friends is not in a movie theater.”

Aniston also mentioned that the original five cast members would be crucial and that there’d have to be a similar “charge.” Personally, I’d be fine without Ross, Schwimmer is better suited to directing. Replace him with Clive Owen and call it a day. 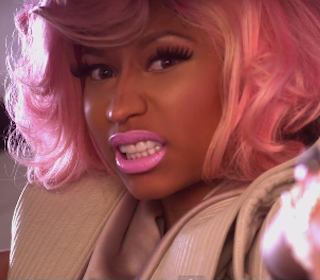 The Nicki Minaj song in question is “Stupid Hoe,” but don’t get your drawers in a bunch just yet, Aniston is not the hoe in question it’s just that her name is used carelessly to prove a point.

The line? “Uh, yo, yo, I get it cracking like a bad back. Bitch talkin’ she the queen when she looking like a lab rat. I’m Angelina, you Jennifer, c’mon bitch you see where Brad at?”

Personally I’d rather be Jennifer Aniston, but I guess she’s just trying to say that “she got the guy.”

END_OF_DOCUMENT_TOKEN_TO_BE_REPLACED

Egos and fame go together like bread and toasters so it’s no surprise when they humiliate themselves with over-the-top Christmas Cards. 2011’s most interesting cards came from The Kardashian family, Bret Michaels and Fergie/Josh Duhamel. END_OF_DOCUMENT_TOKEN_TO_BE_REPLACED 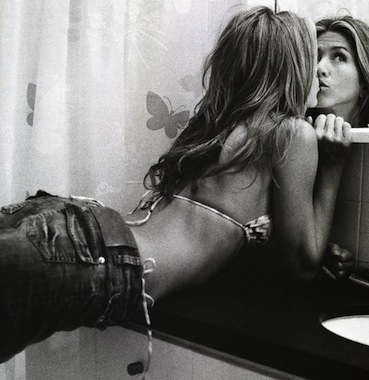 Men’s Health has named Jennifer Aniston the hottest woman of all time, in a list of 100 women. Trailing just behind her are Raquel Welch, Marilyn Monroe, Britney Spears and Madonna.

Not that it matters, but I 100% back this decision, Jennifer Aniston is not only hot, but comedically amazing. Angelina Jolie’s non-inclusion in the top five must have made her smirk a little bit.

Mila Kunis’s placing at number 96 was also a tad suspect. What the fuck, Men’s Health. Also, no Rihanna or Zoe Saldana.

END_OF_DOCUMENT_TOKEN_TO_BE_REPLACED 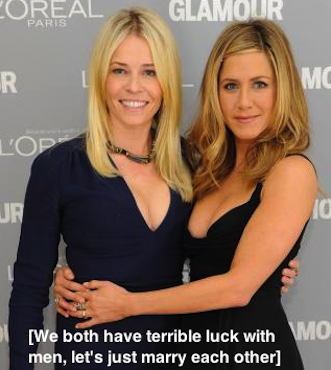 At the Glamour Women of the Year Awards at Carnegie Hall in New York, Jennifer Aniston declared her love and respect for her newfound friend and honoree Chelsea Handler.

So people were expecting her to replace Chelsea’s name with her actual boyfriend Justin Theroux, but the speech was quite funny and welcomed by the audience which also included Jennifer Lopez, Lea Michele and Emma Stone.

“It wasn’t love at first sight. Like most logical people in the entertainment world, I only appeared as a guest on her show so she wouldn’t talk shit about me.”

END_OF_DOCUMENT_TOKEN_TO_BE_REPLACED 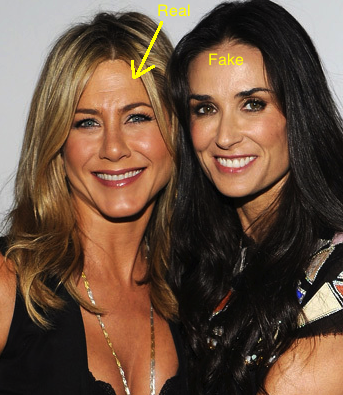 Well, ONE sign of aging, also a sign that she’s never had cosmetic surgery besides a nose job.

I was examining this photo of Jen and Demi Moore, at an event in NYC, and I noticed that she actually has a forehead wrinkle!

One lone wrinkle, sitting upon her brow as if it were making a proud and distinct statement – “I am 42, and I look amazing. Here lies proof that I am a real person who ages gracefully, and need not dive face-first into botox needles.”

The same cannot be said for Demi Moore…

END_OF_DOCUMENT_TOKEN_TO_BE_REPLACED

High-profile photog Terry Richardson posted photos of lovey-dovey couple Jennifer Aniston and Justin Theroux on his “diary,” which we all know is just pretentious lingo for “website…”

END_OF_DOCUMENT_TOKEN_TO_BE_REPLACED

Oh lord, he just needs to stop talking. Hoof in mouth alert, times two. Brad Pitt is STILL talking about the comments he made about Jennifer Aniston to Parade Magazine.

This is actually the third time he’s talked about this, if you count the original quote about how he “wasn’t living an interesting life” during his marriage to Jennifer Aniston…