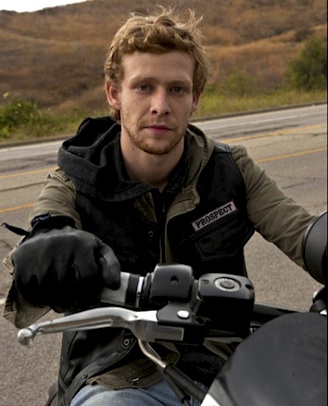 28-year-old Johnny Lewis, who played the prospect “Half-Sack” on Sons Of Anarchy and Marissa Cooper’s surfer friend “Chili” in season three of The O.C., died after being involved in a bizarre murder on Wednesday, September 26.

Lewis, who was released from jail six days prior and had been in an out of rehab, reportedly murdered the 81-year-old woman he had been renting a room from and then jumped off the roof to his death (his body was discovered in the driveway).

Police believe he was on meth or PCP and many actors and actresses who worked with him Tweeted “rest in peace” messages and hinted that this behavior was not typical or indicative of who he was.

“Johnny Lewis was one of my best friends. He was very, very ill. His actions were a despicable result of that. It was not who he was,” wrote Shannon Woodward, friend of Katy Perry (who Johnny dated in 2006).  END_OF_DOCUMENT_TOKEN_TO_BE_REPLACED