In a story that’s only a couple years late (it happened in 2009), Law and Order: SVU is looking to capitalize on the Chris Brown’s Grammy night assault of then (and now current?) girlfriend Rihanna. Here’s the episode summary:

A promising singer is brutally attacked by her boyfriend, a popular hip hop star. ADA Barba (guest star Raul Esparza) works to build a case, but the victim refuses to aid the prosecution and, despite Detective Benson’s (Mariska Hargitay) best efforts, continues to put herself in danger. The case quickly spirals into a media circus, perpetrated by both the defendant and his uncompromising attorney (guest star Jeffrey Tambor).  END_OF_DOCUMENT_TOKEN_TO_BE_REPLACED

Things got weird on Good Day New York when comedian/actor Richard Belzer of Law & Order SVU made a bizarre joke about co-host David Price. When asked by Rosanna Scotto if Price could be cast on SVU Belzer responded,

“A thought, a thought … if he gets molested and banged in the ass, maybe.”

Scotto couldn’t seem to keep a straight face, while a very surprised Price asked if there was a five second delay and said “That’s the end of Belzer and the end of me.”

Richard concluded with a “Say heil to your colleagues at the other division” and a recognizable salute to Hitler.  END_OF_DOCUMENT_TOKEN_TO_BE_REPLACED 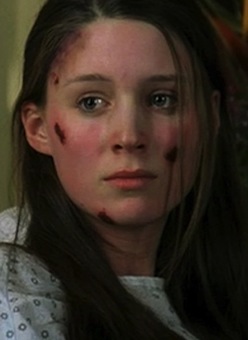 Rooney Mara (The Girl With The Dragon Tattoo) opened up to Allure Magazine about her acting past, which people know nearly nothing about besides that she played the girl who spouted the famous Social Network opening line,

“Look, you are probably going to be a very successful computer person. But you’re gonna go through life thinking that girls don’t like you because you’re a nerd. And I want you to know from the bottom of my heart that that won’t be true. It’ll be because you’re an asshole.”

Turns out the real life Mara isn’t afraid to speak her mind about controversial issues, like when she talked about her 2006 role as sixteen year-old Jessica DeLay on Law And Order: Svu,  END_OF_DOCUMENT_TOKEN_TO_BE_REPLACED