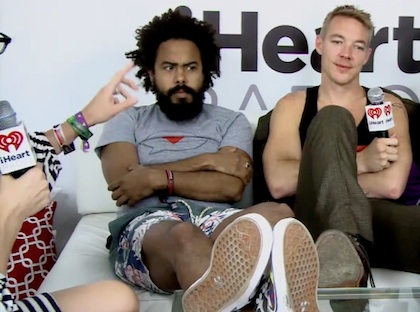 Apparently she also interviews artists at Lollapalooza, the annual Chicago-based music festival that took place this past weekend. A video of Kennedy’s interview with Major Lazer has surfaced, and it’s the most uncomfortable 6 minutes and 34 seconds of human interaction I’ve ever had to cringe my way through. Check it out here. I’ll break down the interview below:

0:03 – Wow, right off the bat this shit gets awkward. Kennedy moronically refers to Jillionaire and Walshy Fire as “the other two people who make up Major Lazer.” Alright, I know they’re living in the shadow of the almighty Diplo, but seriously, do your research. Jillionaire responds with “That used to be funny.” I applaud this response.  END_OF_DOCUMENT_TOKEN_TO_BE_REPLACED

Ke$ha’s new album will have guitars and ‘more of her real voice!’ Should we be scared? (Idolator) 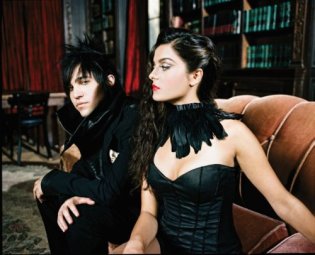 Pete Wentz, the former Mr. Ashlee Simpson, penis-exposing Fall Out Boy bassist, has a new band. While Fall Out Boy was largely considered a pop act, especially later on, his new project, Black Cards, is heavily leaning in the pop direction and also the fake reggae/ska direction.

And  by fake reggae I mean that it sounds like somebody misinterpreted a few Bob Marley or Specials songs then took the blurry misheard outline of  of them, injected them with mediocre electro-pop steroids and released them upon the world at one of the biggest music festivals in the world.

Wentz teamed up with his producer friend Sam Hollander, bandmates Nate Patterson, Spencer Peterson and previously undiscovered pop singer Bebe Rexha, who is actually a decent pop singer. (I see a solo career in her future)

Black Cards claims to be Brit-pop influenced, and recently performed songs like “Club Called Heaven” at 2011’s Lollapalooza and earlier in March at SXSW in Austin, TX. Their song “Dr. Jekyll & Mr. Fame” was already released on a benefit album for Japan after the earthquake that occurred in March. 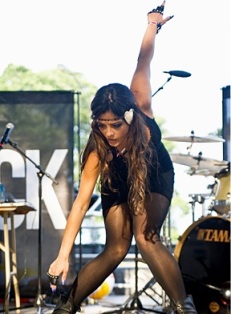 Dear Pete Wentz:
You know you’re no longer relevant when you have the same haircut as Kate Gosselin.