Before I was a nerdy 28-year-old playing video games on Xbox, I was a nerdy 12-year-old playing computer games on a Macintosh that was the size of a dishwasher. My own personal version of Silent Hill was Dark Seed. To this day, after barely being able to hold my controller through Doom, Bioshock, Condemned, F.E.A.R, Dead Space and Resident Evil, Dark Seed remains the scariest game I’ve ever played.

You start as a man with a persistent headache who, after a lot of frustrating clicking and pointing, ends up traveling through a mirror into a parallel universe that is nothing but nightmares and evil alien beings. It ends with you peeing yourself.  END_OF_DOCUMENT_TOKEN_TO_BE_REPLACED

In Jobs, in theaters August 16, 2013, we see Ashton Kutcher transformed as Steve Jobs in the early days, before the success of Apple Inc. and invention of the iPod, iPhone and iPad and his struggle with cancer.

As the movie progresses, he looks and sounds exactly like Ashton Kutcher with glasses on. 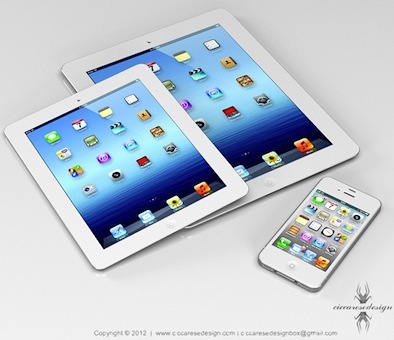 Apple may be planning to release an iPad mini, for when your flow is extra light.

But seriously, according to reports from several Asian countries, Apple has ordered a significant amount of 7.86 inch Samsung screens, two-thirds the size of the iPad we know and love.

The smaller item would likely be successful competition against the Kindle Fire in all it’s book-reading, movie-watching glory, with a price more in the $300 dollar range, rather than $560. In late 2010 Steve Jobs shot down the idea of a device larger than an iPod Touch and smaller than an iPad, saying that apps could be greatly limited by a screen that size:  END_OF_DOCUMENT_TOKEN_TO_BE_REPLACED 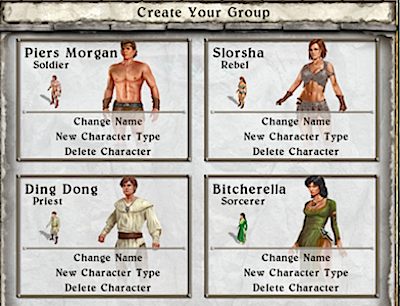 I had fairly orthodox interests as a child, Legos, Teenage Mutant Ninja Turtles, dirt, and the one unorthodox love – text-based role playing games.

As a longtime Mac user I struggled especially hard to find games that were to my liking. Warcraft, Doom, Escape Velocity and Marathon are wonderful non-RPGs but my love for the Exile series by the indie company Spiderweb Software was/is unrivaled.

The first game (Exile: Escape From The Pit) was released in 1995. This month a remastered version of the original (retitled Avernum) was made available for the computer and iPad, a first for the company.

END_OF_DOCUMENT_TOKEN_TO_BE_REPLACED 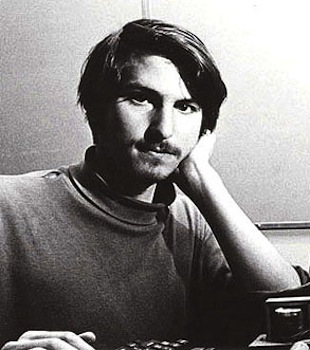 There is hardly a person alive who hasn’t owned an iPod or used a Macintosh computer. Even your grandma has walked past a Mac Store or seen a movie with some celebrity doing important research, intently staring at a screen that slyly depicted some adorable colored fruit icon.

You’d see U2 and other prominent musicians famously dancing through an iTunes commercial.

That upside down glowing white logo, shown on several season of Sex And The City, was Carrie Bradshaw’s sole means of writing her famous sex and advice column.

The villainous characters on early season of Fox’s hit show 24 would use Windows computers, while the “good guys” used Macs. Attractive women in nearly every horror movie I can imagine put in iPod earbuds and start running down the street right before a big kill scene…