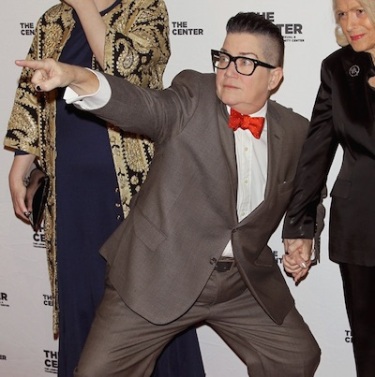 Lea DeLaria, who plays Big Boo on Orange is the New Black credits her weight loss to diabetes.

“What you need to do is, first contract diabetes. Two, take the medication that they give you for diabetes,” she told reporters at an annual dinner for New York’s LGBT Community Center.

“[I was] told that you can either eat potatoes or have beer,” DeLaria, who has lost a whopping 50 pounds since Sept. 2014, said. “So I went with beer.”  END_OF_DOCUMENT_TOKEN_TO_BE_REPLACED

All your favorite, scattered medieval peeps are returning in April and instead of finding each other they’re going to get even more spread out! (See Varys and bearded Tyrion drifting towards the Khaleesi, Arya all by her lonesome in Bravos.)

Various websites keep telling me that season 5 may be a “tough watch” for attached fans and Sansa is going to go through an “intense trauma,” so not only are more Starks going to die, but prepare to get bombarded with new characters like Oberyn’s daughters and brother, the High Sparrow and more!  END_OF_DOCUMENT_TOKEN_TO_BE_REPLACED 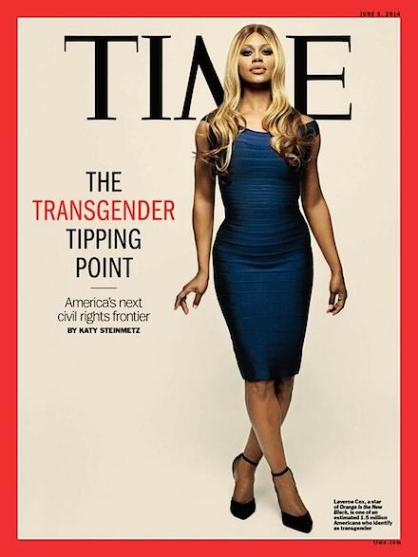 TIME magazine is making up for their non-inclusion of Laverne Cox – who plays the amazingly resourceful hairstylist Sophia Burset on Orange is the New Black – on their 100 Most Influential list with a brand new story entitled “The Transgender Tipping Point: America’s Next Civil Rights Frontier.”

After an outpouring of fans wondered why the transgendered advocate was missing from the issue (#whereislavernecox), the magazine has given the actress her very own cover. While Cox told her followers that they “made this happen,” a spokesperson for Time says the story had been planned “months” before the controversy.  END_OF_DOCUMENT_TOKEN_TO_BE_REPLACED

Awesome news to any and all who miss the amazingly lesbocentric and oddly heartwarming comedy about creepy prison guards and the women they terrorize -your favorite show to binge-watch Orange is the New Black, returns June 6.

More post-Valentine’s cheer from the OITNB tree, not only is ’90s darling Lori Petty (do I even need to utter the words “There’s no crying in baseball”?), but Netflix has released a season two teaser. It’s under 20 seconds and reveals absolutely nothing in terms of plot, but on the bright side, there’s probably more to come.

Random fact learned while Googling the show: Uzo Aduba was a figure skater for 10 years. Picture Crazy Eyes dancing on ice and tell me I didn’t just blow your mind. END_OF_DOCUMENT_TOKEN_TO_BE_REPLACED

Ryan Seacrest’s former beard Julianne Hough is in hot water over a Halloween costume that many would agree is distasteful.

Hough attended a party on Friday all made up like Crazy Eyes from Orange is the New Black and then apologized after everyone freaked out, because apparently blackface is only okay and/or funny when a good actor like Robert Downey Jr. does it.

“I am a huge fan of the show Orange is the New black, actress Uzo Aduba, and the character she has created,” Hough wrote on Twitter. “It certainly was never my intention to be disrespectful or demeaning to anyone in any way. I realize my costume hurt and offended people and I truly apologize.”  END_OF_DOCUMENT_TOKEN_TO_BE_REPLACED

Mary-Louise Parker says she’s “not really that into” acting anymore because of self-loathing gossip enthusiasts.

Hmmm. I wouldn’t know anything about that. I do know that I wouldn’t have much of anything that could be classified as “mean” to say about MLP. I mean, what? She’s a good actress, she seems intelligent, she’s pretty? OH NO.

Here’s a gaggle of quotes and reasons why she may quit acting, from News Corp Australia:

“I’m not really that into it anymore,” said the 48-year-old while promoting R.I.P.D. “I don’t know how many more movies I wanna do. I wouldn’t mind doing a TV show again, I’d like to do a couple more plays, but I’m almost done acting, I think.”  END_OF_DOCUMENT_TOKEN_TO_BE_REPLACED