Partially naked Pamela Anderson, Michael Keaton and Miley Cyrus are like the three Fun Dip flavors, except fewer people want to lick the stick for fear of hepatitis (from at least two of them, right?).

Here’s how this happened… Pro white mamba charmer Pamela Anderson posed for Brazilian Vogue, actually looking better at 45 than monokini Miley on the new cover of her “We Can’t Stop” single... 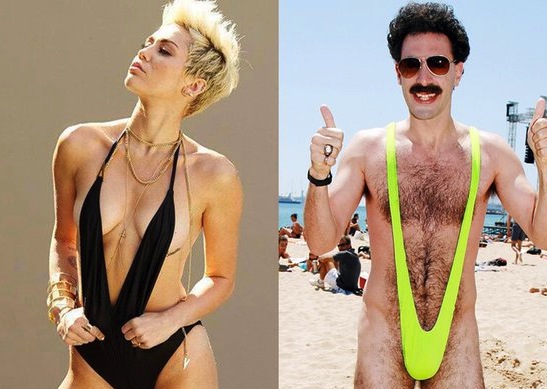 I know your freaky ass is marrying Beetlejuice. But who do you f*ck and who do you kill?  END_OF_DOCUMENT_TOKEN_TO_BE_REPLACED

Pamela Anderson arrives in Amsterdam for Dancing on Ice. (Celebuzz)

Jessica Simpson is having a boy baby, will probably name him Trojan. (Evil Beet)

Famous British record store HMV may not be going out of business after all. (NME)

Anderson Cooper dated women when he was younger (to meet their brothers). (ohmyGAHH!)