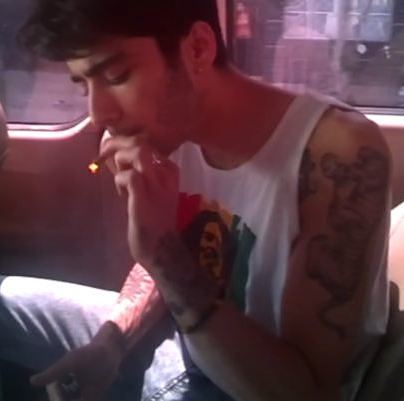 If only cell phone cameras had been around in the late ’90s and early 2000s, I could have seen Britney Spears inspecting Justin Timberlake’s crunchy hair for lice after dropping ecstasy, or Backstreet Boy AJ McLean taking shots and playing NBA Street with Hooters girls instead of rehearsing.

What I get instead is Louis Tomlinson of One Direction filming his band mate in a car in Peru with a joint in his hand and a motorcycle cop literally right outside the window and dear God I just don’t care about this kind of music anymore.

Don’t blame the weed. One Direction are definitely terrible role models, but only because they don’t play any instruments and have no discernible talent. If you combined all five of them into one man, that man might be moderately attractive.  END_OF_DOCUMENT_TOKEN_TO_BE_REPLACED 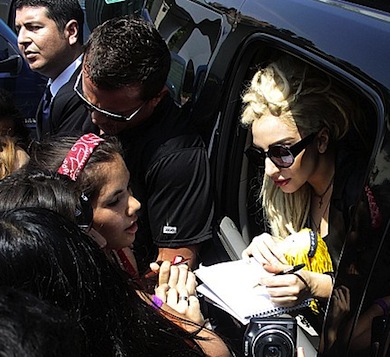 Little Peruvian Monsters broke into the house Lady Gaga was staying at before a show in Lima at Estadio San Marcos on Thanksgiving.

Gaga Tweeted that she was wandering around naked in the kitchen when she spotted them on the security camera.

“I should be mad i guess except i tried to figure out how to slide stuffing under the door, but theres no cat-flap.”  END_OF_DOCUMENT_TOKEN_TO_BE_REPLACED