Robin Thicke, the man famous for putting naked girls in a music video and grabbing butts other than his wife’s recently admitted that he was drunk and high on pills when his biggest song, “Blurred Lines” was being born in the studio. Also, he didn’t write it, but took credit anyway.

“I was high on vicodin and alcohol when I showed up at the studio,” Thicke said during a court deposition deciding whether “Blurred Lines” is a white copy of a Marvin Gaye song. “I started kind of convincing myself that I was a little more part of it than I was and I — because I didn’t want him — I wanted some credit for this big hit. But the reality is, is that Pharrell had the beat and he wrote almost every single part of the song.”

END_OF_DOCUMENT_TOKEN_TO_BE_REPLACED 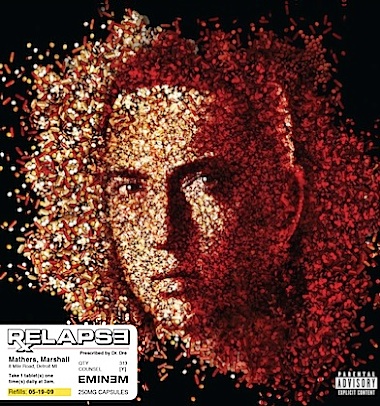 Critics are buzzing about the just-released documentary How to Make Money Selling Drugs, a candid portrayal and discussion of the multi-billion dollar global drug trade.

The film features interviews from former dealers, users, and legalization advocates alike, and examines the underground drug world, as well as the current state of our enforcement system.  It’s supposed to be fascinating (because drugs are the BEST!) and currently has a 99% audience rating on Rotten Tomatoes.  Not bad!

Seriously though, drugs are not the best–don’t do them.  Just listen to Aaron Paul and you’ll be fine.

Among those interviewed for the film was Eminem, who opened up about his struggle with drugs like Vicodin and Ambien, and how an overdose brought him to the point of getting help (what a pussy).

END_OF_DOCUMENT_TOKEN_TO_BE_REPLACED 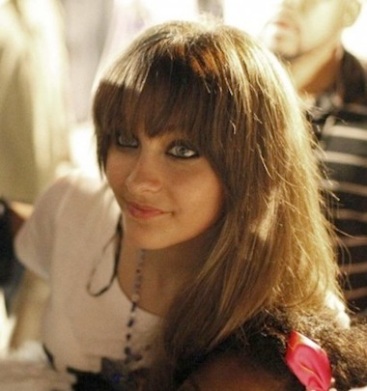 Jackson reportedly needed several stitches for self-inflicted cuts on her right arm. She was also said to have taken a “large number” of over-the-counter anti-inflammatory pills (Motrin).

A source for TMZ says that though this was not her first attempt, it was “far more serious” than past incidents.

TMZ also claims that Jackson cut herself with a meat clever and left a suicide note after she found out that she was not allowed to attend a Marilyn Manson/Alice Cooper concert. The website has two photos of Paris with scars on her arms.

Marlon, Jackie, Tito Jackson’s joint statement: “Thank you for the outpouring of concern and support for Paris. She is safe and doing fine. We truly appreciate you respecting our family privacy at this time.” 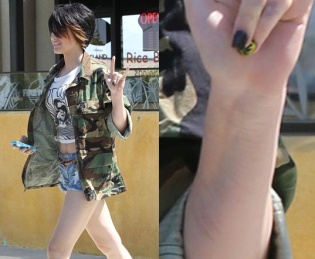 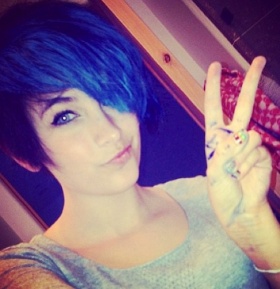 Jackson family lawyer Perry Sanders’ statement: “Paris is physically fine and is getting appropriate medical attention … Being a sensitive 15-year-old is difficult no matter who you are. It is especially difficult when you lose the person closest to you.” 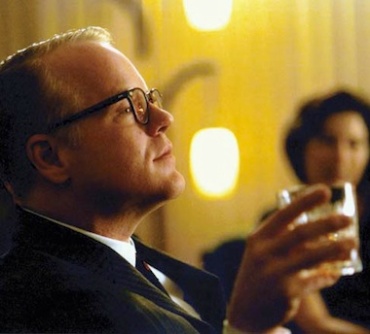 Oscar-winning paleface Philip Seymour Hoffman just got out of a detox facility for a drug problem that started with prescription drugs and “recently escalated to snorting heroin,” according to TMZ.

In 2006, Hoffman told 60 Minutes that he sniffed, injected and shallowed a whole mess of narcotics in his college days at NYU over two decades ago. “It was all that [drugs and alcohol], yeah. It was anything I could get my hands on … I liked it all,” he said. “I went [to rehab], I got sober when I was 22 years old.”

The recent lapse lasted only a week, and he’s already back to work on a movie overseas.

Hoffman is set to appear in The Hunger Games: Catching Fire this fall. (Holler if you’re excited!) 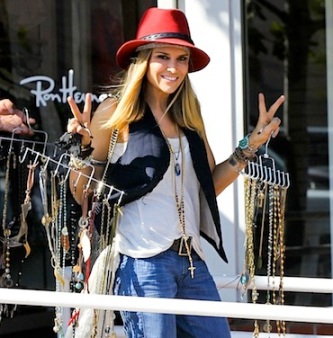 [Downgraded version of Drea de Matteo] Brooke Mueller is famous for boozing, powder-sniffing, prescription pill popping, catfights and having twins with Charlie Sheen, so it’s not like your eyebrows will raise more than half a centimeter when I tell you that she’s in trouble.

Mueller, who passed out last Friday after taking too much of the ADHD drug Adderall, is telling her friends that she only took it so she could sell more jewelry. Yeah, I said jewelry.

Brooke doesn’t have a lot going on since The World According To Paris was cancelled and Charlie Sheen stopped ranting about winning godess warlocks, so she’s been trying to pawn her turquoise rock collection and socialite vagina bangles off on Fred Segal and other suspecting victims.  END_OF_DOCUMENT_TOKEN_TO_BE_REPLACED 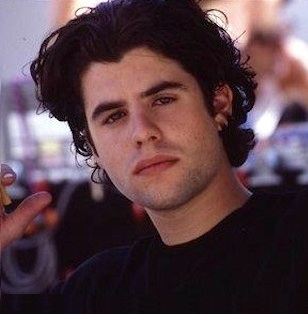 As you may know, Sylvester Stallone’s eldest son Sage Stallone was found dead at his home in Los Angeles on Friday. What we still don’t know is the cause of death or many details at all, for that matter.

There were prescription pills in the home but as far as we know they were not on his person or next to his body. His mother, who identified the body, said she only found empty soda cans in the vicinity.

TMZ reports that he had been dead for at least three days and that he lived a very reclusive lifestyle, comparing him to Howard Hughes and calling him “a hermit.”  END_OF_DOCUMENT_TOKEN_TO_BE_REPLACED 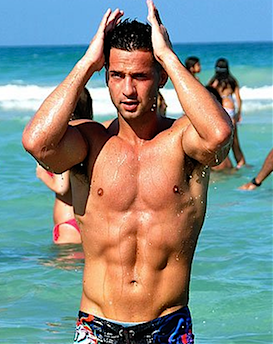 First everyone was like ‘The Situation is in rehab’ and now they’re like ‘oh wait, he’s not, but let’s just pretend because it’s a good story.’

Unless he IS at Cirque Lodge and somehow Tweeting from there even though rehabilitation facilities do not allow cell phones or computer use. (There’s always the chance that someone is ghost-tweeting for him?)

He wrote a message on Tuesday night and then again on Wednesday saying to “Not believe everything you hear, especially from TMZ” then posted a message on his website reading:

“I want to set the record straight. I have voluntarily taken steps to get control of a prescription medication problem I had due to exhaustion.

“I have spent the past several weeks getting treatment for this problem and recuperating from my work and appearance schedule.  I appreciate my fans support and love you guys.”  END_OF_DOCUMENT_TOKEN_TO_BE_REPLACED