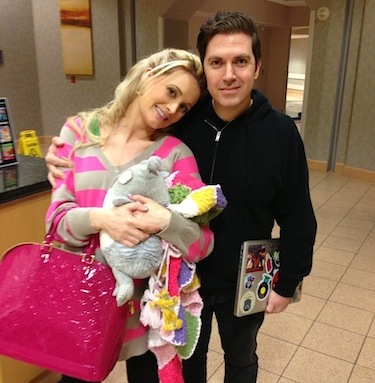 Former number one girlfriend of Hugh “Puffin” Hefner and silicon star of The Girls Next Door (the theme song is still stuck in my head) Holly Madison popped out a 7 pound churren on March 5 and now we know its name.

No need for a drumroll since it’s laid out in the headline. The child’s name is Rainbow Aurora Rotella. Future stripper, professional crafter of daisy chains, or actual My Little Pony.

Aurora, after light displays in nature? Or just the chick with narcolepsy from that one Disney movie.

“I wanted to give my daughter a unique name,” Madison told E!. “Growing up, there was a girl in my school named Rainbow and I was so envious of that name. I thought it was so pretty and unique!”