Chris Brown is on a Rihanna song (the “Birthday Cake” remix) and Rihanna is on a Chris Brown track (“Turn Up The Music” remix) both of which were released yesterday.

Brown encouraged people to buy his music on Twitter and wrote things like “Number one trend! IM DONE” and “Just so teambreezy knows… I’m never ‘ANGRY’ when I speak my mind on twitter! They want me to be mad! Thats the difference! Love.”  END_OF_DOCUMENT_TOKEN_TO_BE_REPLACED 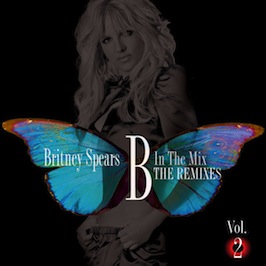 Britney Spears‘ second remix album is due for release on October 11, 2011. It features remixes from Femme Fatale, Circus and Blackout. (All the albums since she went crazy)

She announced the remix effort titled B In The Mix: The Remixes Vol. 2 on her Twitter page yesterday

Let me just remind you that remix albums never sell well and remixes in general feel like an admittance of previous wrongdoing.

ALSO the “Till The World Ends” remix featuring Nicki Minaj and Ke$ha is missing? Shame. That one was actually genius.