As anyone with a TV, Facebook or even the most snail-paced internet connection knows – The Walking Dead season 4 finale was on last night.

Considering how uneventful and equally or less exciting than every other non-finale episode, I’m baffled by the amount of websites that called it “shocking,” “exciting” and “brutal.” (Spoilers ahead.) 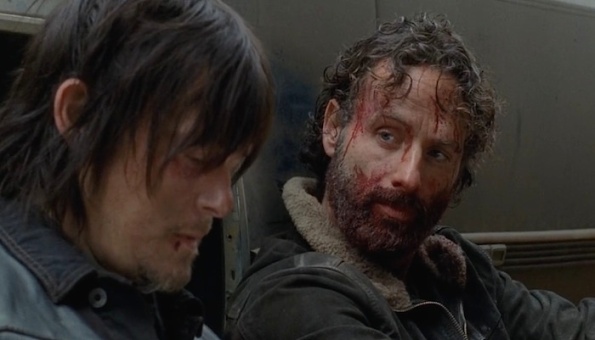 The real shocker was that nobody died. Not Glenn (dead in the comic) or Maggie (what I expected) or even the new characters, and that the craziest events of the season didn’t occur when the gang ended up trapped in a train car together, but two episodes ago, when crazy-eyed Lizzie exclaimed “Don’t worry, she’ll come back. I didn’t hurt her brain,” after murdering her younger sister.  END_OF_DOCUMENT_TOKEN_TO_BE_REPLACED