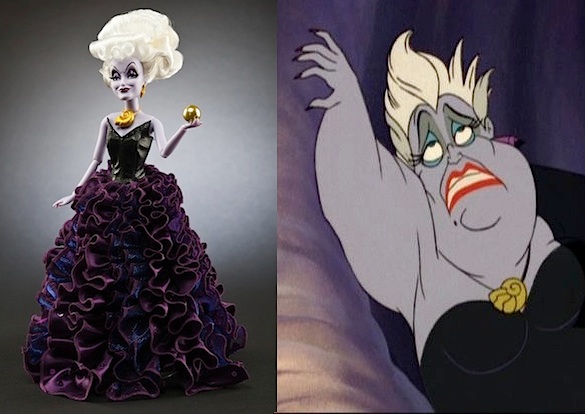 In a new collection of figurines and beauty products Disney has made Ursula look older and skinnier than she was in the 1989 classic The Little Mermaid. In fact, she looks very much like Yzma, the witch from The Emperor’s New Groove.

The keeper of souls and stealer of voices isn’t the only one to undergo a shocking transformation. They’ve made the Queen Of Hearts look like Snow White’s innocent older sister.  END_OF_DOCUMENT_TOKEN_TO_BE_REPLACED

Due to a fairly severe but not life-threatening cold and chest infection, Adele has cancelled two tour dates in the UK. Shows today (September 4th) in Plymouth and tomorrow (September 5th) in Bournemouth.

Adele already canceled nine shows in North America due to a bout of laryngitis in June. Poor girl, I imagine that she is extremely exhausted from globally promoting her album 21 since the end of 2010…

END_OF_DOCUMENT_TOKEN_TO_BE_REPLACED 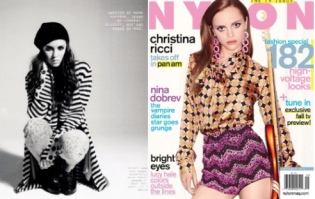 Christina Ricci is making her millionth career surge in the upcoming ABC 60’s pilot/stewardess show Pan Am AND in Bucky Larson: Born To Be A Star, with Nick Swardson.

Completely separately, Nina Dobrev of Degrassi and Vampire Diaries was not only at the VMAs being shown in cut scenes as if she were the top cat in town, but was recently featured on the cover of Rolling Stone with two of her Vampire co-stars…

END_OF_DOCUMENT_TOKEN_TO_BE_REPLACED 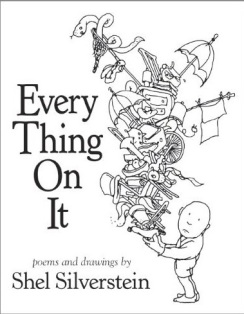 Every Thing On It is Silverstein’s second book (after 2005’s Runny Babbit) to come out after his tragic death in 1999. This upcoming collection contains around 14o unpublished poems.

Shel Silverstein is one of two of the most recognized children’s poetry authors alongside Dr. Seuss. He wrote the song “A Boy Named Sue,” which was recorded by Johnny Cash. He had 15 albums, and various poetry books, the most famous were his three collections, Where The Sidewalks Ends (1974)  A Light In The Attic (1981) and Falling Up in 1996.

His cartoons, included alongside his poems, were vital to his storytelling skills, which were second to none. (See the Gardener poem, below)

END_OF_DOCUMENT_TOKEN_TO_BE_REPLACED 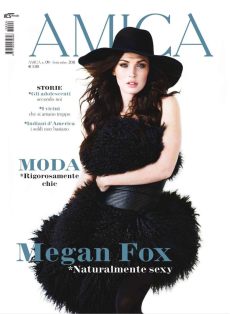 Megan Fox appears on the cover of both Elle Slovenia (sounds like a plot to kidnap starlets, a la Hostel) and also Amica, an Italian fashion publication, for their September issues.

The Elle Slovenia cover is very casual, while on Amica she kind of looks like a witch who suffered a terrible curse that caused her to grow thick black fur all over her body, except for the arms and face, thank god.

OR she could just be going to the Italian equivalent of The Kentucky Derby, where they host fashion shows on a really long/wide catwalk, and the models double as jockeys. I would sooo go see that. Sadly there’d be a lot of fatalities…

END_OF_DOCUMENT_TOKEN_TO_BE_REPLACED

Mick Jagger is in a new supergroup simply called SuperHeavy which features Joss Stone and Damian Marley. I didn’t expect to listen to it past the 10 second mark (well actually the song doesn’t even start till the 51 second mark, so I was forced regardless) but it’s actually pretty good. I’m a sucker for reggae though so maybe that’s how they tricked me.