Playboy is employing Azealia Banks for an upcoming shoot. Banks is famous for songs like “212,” getting into Twitter feuds, and being a rapper who often gets confused with Iggy Azalea (who she affectionately calls “Itchy Areola”) despite not being white or Australian.

Banks will be interviewed by Rob Tannebaum within the April 2015 issue and photographed by Ellen Von Unwerth, whose portfolio includes compromising photos of Rihanna, Christina Aguilera, Beyoncé and Janet Jackson.  END_OF_DOCUMENT_TOKEN_TO_BE_REPLACED 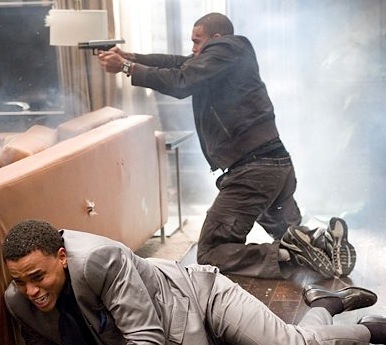 There’s little question that Frank Ocean was “the victim” in the Chris Brown parking lot feud. He stayed behind to talk to the police, refused to press charges and even forgave Brown in a peace-themed Tumblr post.

New details from the official police report have everyone wondering how a 25-year-old could harness such restraint and maturity.

In the report, Ocean says Brown’s entourage kicked him while he was on the ground and hurled homophobic slurs at him as he was told “We can bust on you too!” (bust as in, shoot) by Chris during their three-minute fight.

END_OF_DOCUMENT_TOKEN_TO_BE_REPLACED

Robert Pattinson plays peek-a-boo with the camera in a slightly misguided shoot for L’Uome Vogue. Somebody on ONTD! wrote that he looks like “the lovechild of Zorro and Nosferatu.”

Though I really can’t disagree, I’d add that it appears that one of the less mutated Hills Have Eyes lurkers stole from the a drama room costume chest and let his cousin-wife take pictures of him inside the old airplanes and cars that belonged to their victims.

Since text for this one doesn’t exist yet, we’ll go over some random election and Breaking Dawn kissing quotes from Pattinson on Jimmy Kimmel.  END_OF_DOCUMENT_TOKEN_TO_BE_REPLACED

Garbage frontwoman Shirley Manson told Girl On Guy’s Aisha Tyler about an early encounter with a pop star she’d spoken ill of to the media earlier in her career in a podcast interview released Thursday.

When Tyler asked Manson if she ever had a public moment where she thought she was going to say something “explosive” or incendiary to the media, she responded with this anecdote:

“One really stupid thing I said was, I kind of went after J-Lo. Which I do regret actually because I then met her many years later and I respect her, she’s hardcore. She’s a hard worker. She’s fought tooth and nail to do what she does for a living.”  END_OF_DOCUMENT_TOKEN_TO_BE_REPLACED 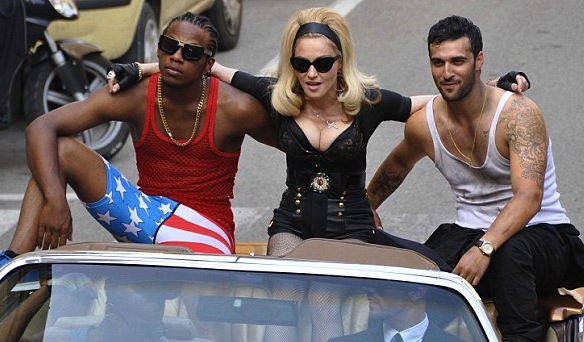 Gosh, maybe after flashing her boob in the holy city of Istanbul Madonna would want to cool it with the attention-seeking scheisse. I suppose she couldn’t help attracting an audience while filming her latest music video in Florence either.  END_OF_DOCUMENT_TOKEN_TO_BE_REPLACED

Milla Jovovich, famous for nude scenes in movies, can add [almost] public nakedness to her resume.

The actress/model/singer/zombie-murderess was in New York filming an Avon perfume commercial when she suffered a momentary Marilyn Monroe moment circa The Seven Year Itch .

This is more modern, a little more exposure and some kind of string underwear that is barely visible instead of Marilyn’s high-waisted garment that Katy Perry would call “a long pair of shorts.”

Milla’s also got a new album coming out (she released her first, The Divine Comedy in 1994) and we can expect it in early fall plus a video in July for the single “Electric Sky” which will be available on iTunes May 19.  END_OF_DOCUMENT_TOKEN_TO_BE_REPLACED