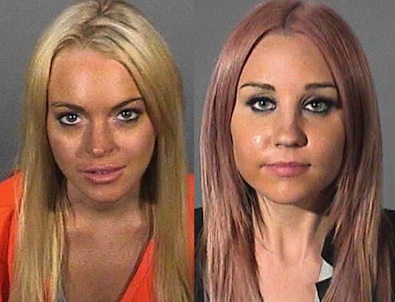 When you hear “Lindsay Lohan” and “Amanda Bynes” mentioned in the same sentence, you would likely assume that one came to the other’s aid, since they’re both terrible drivers who love getting stoned and feel “misunderstood” by the public and media.

Surprisingly, Lindsay is NOT defending Amanda, quite the opposite – she thinks Amanda should be in jail.

It’s only fair since she went for violating her probation in 2010 (but only went for 14 of the 90 days due to overcrowding), right?

“Why did I get put in jail and a nickelodeon star has had NO punishment(s) so far?” Lohan wrote on Twitter Sunday.  END_OF_DOCUMENT_TOKEN_TO_BE_REPLACED