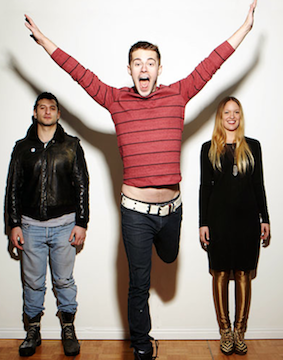 Chris Crocker isn’t just a guy who screams and bursts into hyperdramatic tears over Britney Spears…like Snooki, Rebecca Black and Tila Tequila, he has a persona that’s hard to separate from his humanity.

From what I gather, directors Chris Moukarbel and Valerie Veatch want to show you that human side. Their film Me At The Zoo chronicles Crocker’s rise to internet fame in all its temporary glory.

Veatch says that online personas are “the future” and a “social currency” adding that Chris found mainstream internet success in 2006 with the video “This And That” on Myspace.