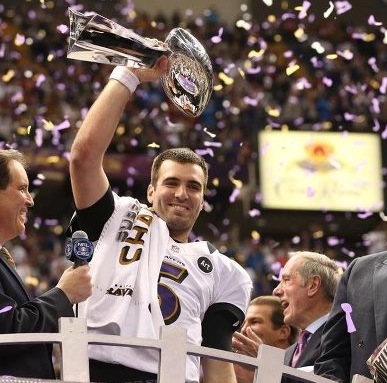 From a blackout (which would’ve been the 49ers’ MVP if they’d won) that was either caused by Ray Lewis’ tears or Beyonce’s hairdryer, to a near San Francisco comeback, Super Bowl XLVII turned out to be pretty eventful.

I’m slightly ashamed to admit that a commercial featuring a baby Budweiser Clydesdale somehow made me cry more than Jennifer Hudson’s performance with 26 children from Sandy Hook elementary.

Alicia Keys (who should have switched with J-Hud) sat at her piano and gave us the jazzy low-risk version of the National Anthem.  END_OF_DOCUMENT_TOKEN_TO_BE_REPLACED 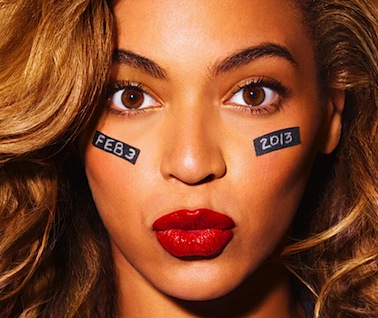 Since when is a picture of Beyonce wearing eyeblack (way too far from her eyes, by the way) with the exact date of the Super Bowl a “hint” that she’s performing there?

After her people posted the super mysterious photo on Tumblr the NFL confirmed that Bey had secured a spot on the historic list of halftime artists like the Black Eyed Peas’ auto-tune, Paul McCartney’s undereye bags and Janet Jackson’s nipple to play the championship game.

Kickoff begins on February 3 in New Orleans. So watch or be square. It’s extremely likely that Jay-Z will pop out for a shortened rendition of “Crazy In Love…” Or “Upgrade U,” or “Deja Vu.