Lady Gaga has been romantically connected to Taylor Kinney  (the 30 year-old Vampire Diaries star) for the past few days. RadarOnline reports that Kinney and Gaga were spotted at a bar near his home on Sunday ‘making out.’

On Monday the two were seen walking along Mission Boulevard L.A., and celebrity birdwatchers sighted them one more time on Tuesday at the beach, destination unknown.

An onlooker at the bar fittingly known as The Sneak Joint, in Mission Viejo said, “I couldn’t tell it was her at first. It just looked like some hot couple making out, but then I realized it was Lady Gaga. Everyone went nuts…”

END_OF_DOCUMENT_TOKEN_TO_BE_REPLACED

So her big surprise is – she came out on stage at  the beginning of the show dressed as her male alter ego Jo Calderone and sang her piano ballad “You & I.” Brian May from Queen even came out to play guitar for her.

Basically she just talked WAY too much, blew puffs of smoke and looked exactly like the girl who dresses up in drag in 1985’s Just One Of The Guys and also the desperate girl gang member in Westside Story.

Oh, also, Justin Bieber made a face like someone had just skinned his mom. Poor kid, terrorized by Al Pacino with a vagina on the day of the VMAs!

Until recently the MTV VMAs were sounding more drab by the minute, at first the public only knew for sure that Adele, Bruno Mars and Chris Brown were scheduled to perform. Now, after announcements of a Britney Spears tribute segment, Lady Gaga has been officially added to the lineup!

The day after the release of the Nebraskan corn-syrup coma that is the “You & I” video, MTV let the public know that Mrs. Luc Carl meatdress, fire-piano bosom-pyrotechnics would show her Meadow-Soprano-looking-face at the legendary event on Sunday.

END_OF_DOCUMENT_TOKEN_TO_BE_REPLACED

The “You & I” video was premiered today (on Madonna’s birthday!) as Mother Monster’s promised 1000th tweet. I’m not sure if my screen is broken or what but right now the video has 302 views??? WHAT?? It’s been out for several hours what is going on?

END_OF_DOCUMENT_TOKEN_TO_BE_REPLACED

Auckland, New Zealand, City of Sails, home of the Sky Tower, various volcanoes and rugby. Not to mention the band Cut Off Your Hands, which I used to confuse with Clap Your Hands Say Yeah and in turn Does it Offend You, Yeah? Both great indie bands in their own right, though out of the three, Cut Off Your Hands is the most relatable.

Singer Nick Johnston has more than just brooding good looks on his side, he’s got the versatile vocals to match. The soothing side of Robert Smith and the lighter side of Ian McCulloch, with that familiar but never tiring indie kick to it. Cut Off Your Hands are now on their second album, and first since 2008′s You and I. The sophomoric effort from this kiwi quartet, Hollow, is a step down in pace from You and I, though never a step down in quality.

END_OF_DOCUMENT_TOKEN_TO_BE_REPLACED 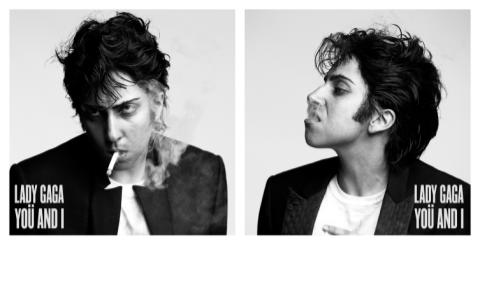 Apparently I’m out of the loop. Lady Gaga has had a male alter-ego since September of last year, whom she calls “Jo Calderone.” Hmmm, Jo looks a lot like Al Pacino.

Lady Balls Balls tweeted the cover art for the “You & I” single cover art featuring the pop star in a very convincing drag getup. I saw it the other day briefly and wondered if it was Gaga’s new boyfriend or some artistic male inspiration of hers. Who knew.

It was revealed that the video for “You & I” will be released as Lady Gaga’s 1000th tweet, and she’s currently on 992, so it seems like that will probably be in a few weeks, who knows how long or short she wants to play that game for.