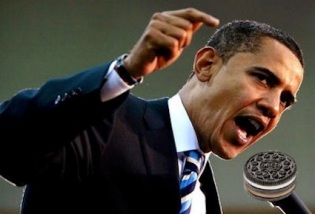 Several weeks ago on his radio show, Rush Limbaugh (who constantly sounds like his own mouth is full of cookies) compared president Obama to the new “Triple Double” Oreo which holds within it both chocolate and vanilla filling.

This jolted, well prompted (since Rush Limbaugh takes forever to speak and move) him to mention that the new Oreo should be called an “orbameo” after president Obama,

“It isn’t gonna be long before it’s gonna be called the ‘Orbameo,’ well it’s a biracial cookie here.”

This is actually the second time Rush Limbaugh has called Obama an Oreo. Two years ago he made the same joke, it just wasn’t a Triple Double Oreo. Recycle material much?

There’s no doubt in my mind that Rush Limbaugh only brings up Oreos so that he can make racist jokes. I’ve met paralyzed grandmas who are funnier than him.

Howard Stern, who I almost always agree with, dug into Rush for his comments, on his own radio show on the 18th. 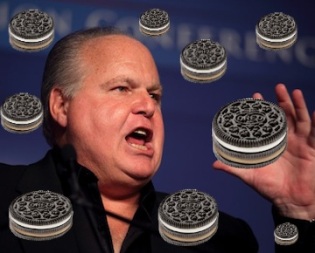 Yes, Obama is half-black. Only you, Rush Limbaugh, and a select few extremist Republicans and racists care. Other people are more concerned with his actual achievements as president. If he makes a mistake OR does something right, it isn’t because he’s black or white, it’s because he’s human.

[Lay off the Oreos, Rush]