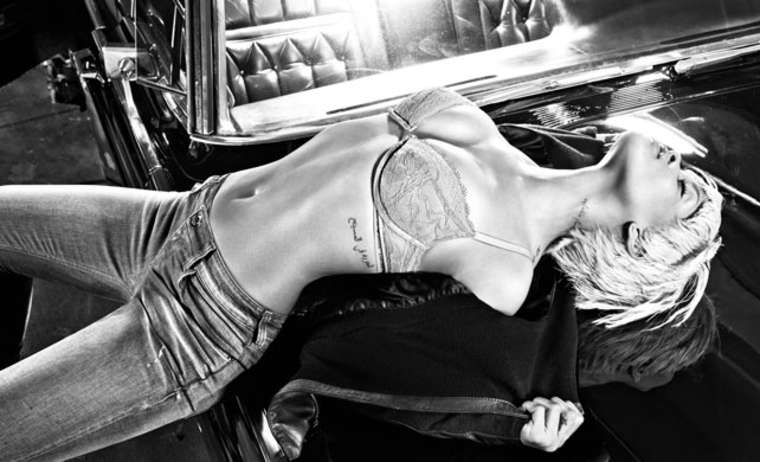 Back in July it was announced that Rihanna would be the new face/body of Emporio Armani’s underwear line.

Now black and white photos have surfaced showing the Barbados pop star sporting a blonde bowl haircut/wig, and some very serious to sad facial expressions for the campaign…

Rihanna fills the tiny shoes of Megan Fox and Victoria Beckham before her in representing Giorgio Armani‘s underwear and jeans line.

Her role will last a year, fall and winter of 2011, to the same time next year. Megan Fox will reportedly continue modeling for Armani’s beauty ads.